Eve Kilcher is a reality television celebrity best known as the cast of "Alaska Last Frontier" and the wife of co-star Eivin Kilcher. know more about her down below. 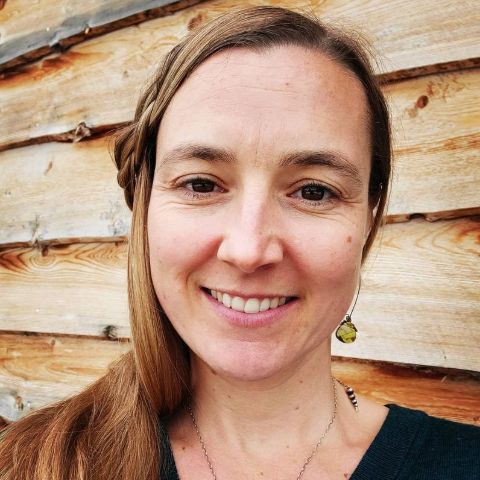 Eve Matkins, the daughter of Dena and Craig Matkins, was born on July 8, 1984, and grew up in Alaska, splitting her time between her parents. Eve spent her summers with her mother in Gustavus, in Glacier Bay National Park in Southeast Alaska, and her winters with her father in Homer. She later moved to Homer, Alaska, to be with her father.

The TV Personality graduated from Homer High School in 2001. She earned her bachelor’s degree in psychology from the University of Oregon in 2006. Eve is a self-taught cook who studied permaculture, the agricultural philosophy, at Aloha Aina Permaculture Design Course. She has Social Media with her husband, where she shares different parts of her life.

Eve Kilcher’s Net Worth and Career

Eve Kilcher and her husband, Eivin Kilcher, are worth more than $2 million. The pair amassed a fortune due to their participation in the television show “Alaska: The Last Frontier.” Eve and her husband also have a claim on Yule Kilcher‘s family land.

Despite having a degree in Psychology, Eve chose gardening as the greatest fit for her in Alaska. She spent most of her time cultivating veggies. According to her discovery bio, she has four months to cultivate and harvest enough veggies, including winter supplies, to last the next eight months. Her job is to make certain that they do not run out of vegetables.

Kilcher has been a member of the cast of Alaska The Last Frontier since the show’s debut on December 29, 2011. After more than 98 episodes on the show, she is still going strong and is returning for season 10 of Alaska The Last Frontier. Eve has co-written “Homestead Kitchen” with her husband Eivin Kilcher and being a reality TV star. In 2016, the book came out. The couple provides 85 original family recipes and gardening, preserving, and foraging information in their book.

Eivin Kilcher is Eve Kilcher’s husband. In August of 2011, the pair tied the knot in an outdoor wedding ceremony. Theirs is far from a marriage of convenience. Eve and Kilcher had known each other since they were children, as Eve resided with her father near Kilcher’s homestead property. Eve and Eivin went to the same high school. And what started as a friendship turned into a love affair. They married after many years of dating.

For nearly a decade, the couple has been blissfully married. Eve and Eivin Kilcher, as a celebrity couple, are an inspiration to many who wonder if real love exists. They had two children thus far in their marriage. On November 24, 2013, they had their first child, son Findlay Farenorth Kilcher. On September 28, 2015, Sparrow Rose Kilcher was born, which was approximately twenty-two months later.