Reina Hardesty is a mixed ethnicity actress, model, and cinematographer who has gained an advantage in her career because of her very distinctive looks. Here are the details about her relationship status, net worth, and early life. 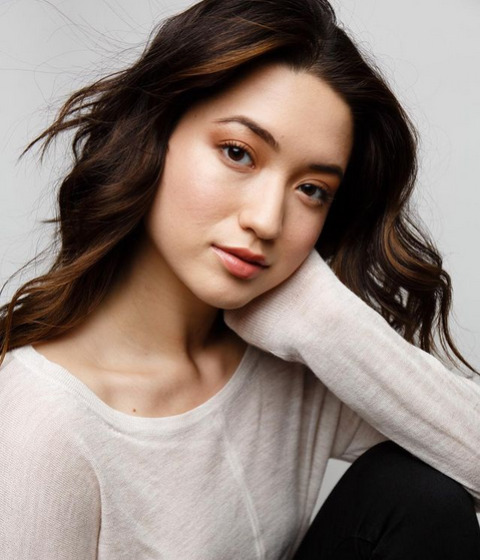 Reina Hardesty’s relationship status is not clear. She has always maintained silence about her dating life. Thus, her dating history is completely under wraps. However, Reina has often been linked with William Haynes, a well-known humorist, and YouTuber.

Reina has been frequently seen with William on social media platforms. However, the two have never confirmed the linkup rumors. They have always claimed that they are only close friends. There is no further information about Hardesty’s romantic affairs.

A Little Insight on Reina Hardesty’s Net Worth and Career

Reina Hardesty is an actress, model, and cinematographer. She is known for her roles in the TV series Brockmire, The Flash, and StartUp. The actress began her career as a cinematographer and has worked in a few short films. She progressed into acting, where she made her debut in 2015.

The model has since appeared in the movies: Laid, The Honor List, Wild Boar, and Maverick. She has also starred in many TV series including Yes, Doctor…?, Bluffside Drive, Astrid Clover, Greenhouse Academy, Timeless, Startup, The Flash, DC’s Legends of Tomorrow, All Rise, Brockmire, and The Boys Spinoff.

Hardesty has also appeared in the short films: Hai’s Retirement, A Dish Best Served, Coming Out, and Oh, Sorry. She is also a poet and regularly shares her works on her Instagram account. The actress has recently started rapping some of her work over beats. She strongly advocates taking care of the environment and frequently talks about it on her Twitter account.

The young actress is still actively working in her various fields of interest. From looking at her career, it has been assumed that the now 25-year-old has amassed a sizeable fortune. She has never revealed her net wealth to the public. According to the sources, the young model has an estimated net worth of $300,000.

Reina Hardesty was born on January 4, 1996, in Orange County, California, United States. Her father’s name is Greg Hardesty, and her mother’s name is Manako Lhaya. The California-born is of mixed ethnicity as her mother is of Japanese descent and her father is Caucasian.

The now 25-year old’s father is an accomplished writer with more than 20 years of experience in his field. He is currently a senior staff writer at UC Irvine. For most of his career, he worked at The Orange County Register.

The cinematographer’s mother works as a Japanese to English interpreter and translator in California. She has an older brother, the identity of whose is not revealed. As for her academic credentials, there is no information on them.