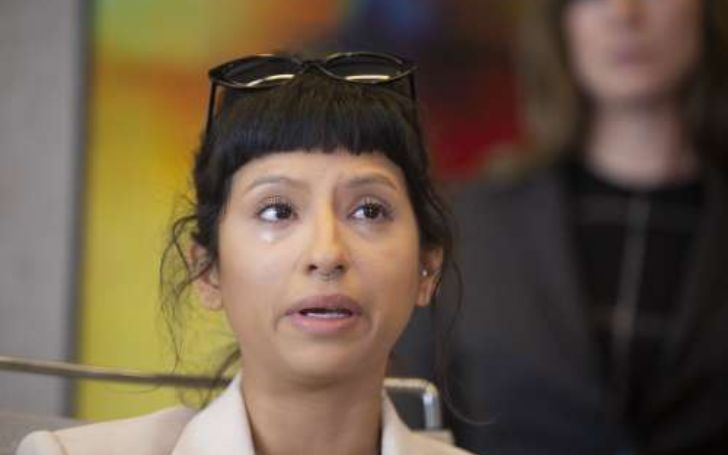 The licensed massage therapist, Ashley Solis, publicly speaks about her experience as a woman who struggles in her profession after the alleged sex assault.

Ashley Solis is the first of 22 women to sue Deshaun Watson for sexual misconduct, is no longer Jane Doe No.1. Solis went public with her story for the first time at a media conference on 6 April.

Solis said, “It has taken me a long time to get to this point to come out publicly and speak the truth. I was afraid, I’m not afraid anymore. I am here to take back the power and control”.

Watson’s attorney Rusty Hardin later fired back and reported Tony Buzzbee asked for $100,000 in hush money for Solis before filing the lawsuit against the Texans quarterback.

The massage therapist said Watson sexually harassed and assaulted her in her home on March 30, 2020, after contacting her through social media. As per the lawsuit, Dawson repeatedly asked Solis to focus on his groin area. She said he purposely exposed himself and touched her with genital.

According to the civil assault lawsuit, Solis immediately ended the massage, and Watson later apologized. Ashley reported the victim-blaming saddens her in the media and online comments.

Solis wishes others to hear her story and gain the story to speak out. Attorney Buzzbee, who represents Solis and 21 other Watson accusers, said he discourages her from coming forward.

According to Watson’s attorney Rusty Hardin, Solis demanded $100,000 to stay quiet about the allegations. Hardin said there are documents to prove Tony Buzzbee sought the hush money to settle the allegations the month before filing the first lawsuit in the middle of March 2021.

Kim Kardashian has officially been named a billionaire

Regardless of the highly graphic nature of the allegations, all happening amidst massage therapy sessions, Watson received the support of 18 other professional masseuses who spoke their experience with the NFL star doesn’t relate with what the lawsuits state,