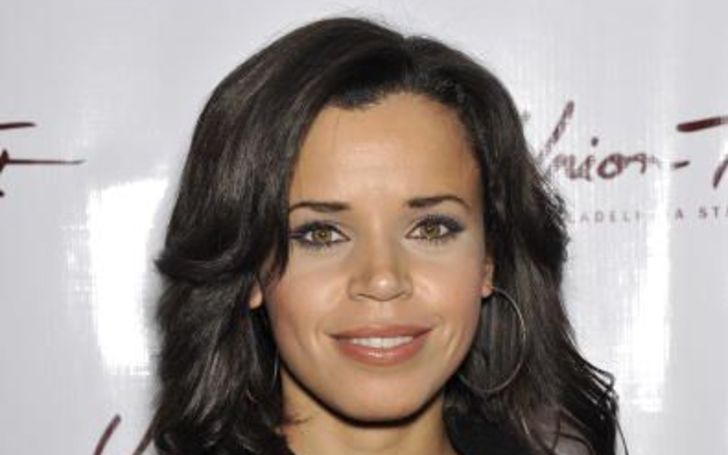 Anne-Marie Green is a New York-based Canadian journalist who works as an anchor and reporter for CBSN, CBS News’s 24-hour digital streaming network, and a correspondent for CBS News. Before joining CBS News, she was at CBS Philadelphia, serving as a general assignment reporter. In Canada, she worked in news companies like CITY-TV, Cable Pulse 24, and CKVR-TV.

Who is Anne-Marie Green’s Husband? How Many Kids Does She Have?

Anne-Marie Green is a happily married woman with her husband, Algernong Allen. Her spouse Algernong is a Philadelphia community activist.

From their marriage, the duo has a daughter Ailey Lynne Allen. Her child and partner occasionally appear on her social media accounts.

You May Also Read: John Zidich’s Personal Life And Family!

It might be due to her nature of work; she likes to keep most of the details of her private life to herself. The family is living a contented life in New York.

Green usually has her hands full of her works, but in her free time, she likes spending time with her close ones. Besides, she is an avid animal lover and has a pet do, Mohawk.

Anne-Marie Green’s Net Worth And Career

In her professional career, she’s served in many news channels in her homeland Canada and America. She was a reporter at CKVR-TV in Barrie, Ontario, and Rogers Cable News in Mississauga, Ontario.

Anne-Marie also worked as a reporter for at CITY-TV in Toronto and anchor of Cable Pulse 24, a 24-hour cable news service.

Check out the clip of Anne-Marie Green talking about a investigation in 48 Hours!

In 2004, she moved to Philadelphia and began her job as a general assignment reporter at CBS Philadelphia. Likewise, she reported for both CBS Philly and The CW Philly and co-anchored CBS Philly’s weekend morning newscasts.

The veteran journalist is currently working as an anchor for CBS News, where she joined in January 2013.

During her time in CBS Philadelphia, she covered news and events likes Amish School Shooting in 2006 in the Nickel Mines, Pennsylvania, the 2007 Minneapolis bridge collapse, Super Bowl XXXIX, and 2008 and 2009 World Series.

For her contributions and works on the growing concern over the high number of C-sections being performed in New Jersey, she received the Doris Haire Award in 2007.