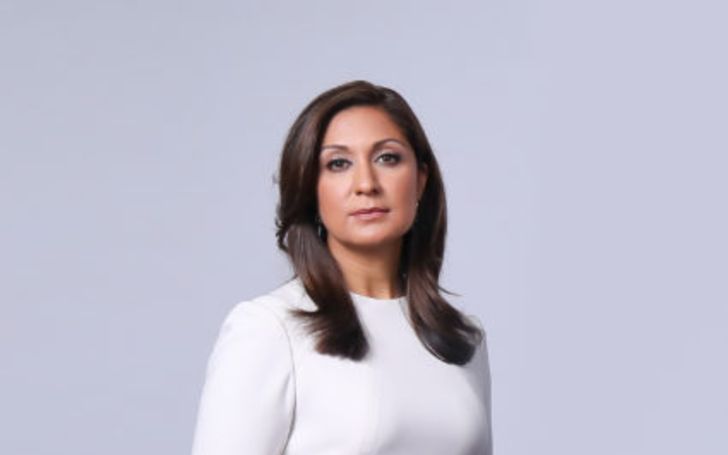 Amna Nawaz is famously known as an award-winning American broadcast journalist for the PBS NewsHour. She is a national correspondent and a substitute anchor for the PBS NewsHour who’s received awards like Emmy Award, Peabody Award, Society for Features Journalism Award, and many more. Let’s get to know some details on her like net worth, career, and personal life.

You might’ve seen Amna Nawaz as one of the four moderators of the December 2019 Democratic Presidential primary debate which was hosted by PBS and the Politico at Loyola Marymount University in Los Angeles. The news reporter is easily one of the successful lady journalists with a hefty net worth collection.

Specifically speaking, her net worth collection stands at a whopping $500,000 as of 2020. She’s one of the few journalists who’s made success not only professionally but also financially as a PBS NewsHour reporter.

You may also like: All About Award Winning Journalist Jeffrey Brown

Amna Nawaz grew up with an ambition to make a name in law but it changed after graduating from the University of Pennsylvania in politics, philosophy, and economics and serving a one-year internship at ABC. At first, she wanted to become a lawyer but her one-year fellowship at ABC News after college.

Later in 2003, finally, she joined NBC and got to work for the Dateline NBC program where she had to work on documentaries. She worked under the NBC’s investigative unit as a producer on the show Mortgage Crisis Investigations. The show was also one of the successful ones as it was nominated for the 2008 Emmy Awards for Business & Financial Reporting.

Afterward in 2009, Nawaz received an International Reporting Project fellowship as well as a News & Documentary Emmy Award for the NBC News special Inside the Obama White House. It also led her to become a correspondent and bureau chief at the Islamabad bureau of NBC. Currently, she works for the PBS channel.

The award-winning reporter was born on September 18, 1979, in Virginia to her Pakistani journalist father who used to anchor national English language reporter traveling all over for news. Amna, later on, ended up following the career path of her father.

As for her personal life, she is happily married to the love of her life, Paul Werdel. The couple tied the knot of marriage surrounded by their loved ones and family. Currently they are parents to two lovely children, both of whom are daughters. The kids follow both Islam and Christianity as a religion.