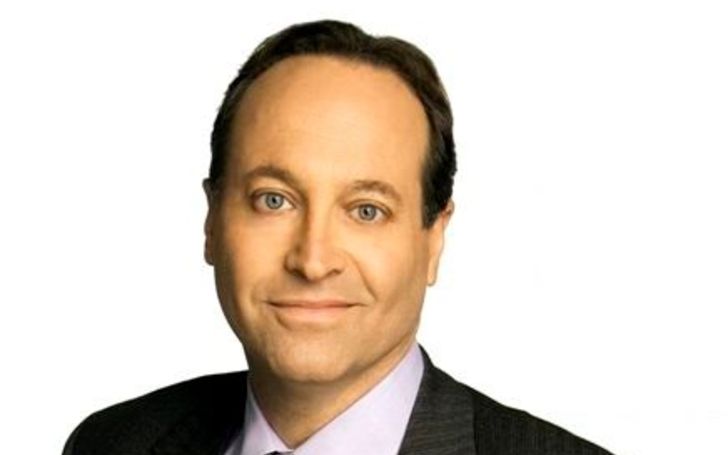 Jeffrey Brown is an American award-winning journalist who currently works as a senior correspondent in the American daily evening television news program PBS News Hour. If you’ve seen him as an anchor it’s mostly based on arts, literature, while interviewing numerous poets, writers, and musicians. So, let’s have a look at some of his interesting details like net worth, career, and personal life.

Jeffrey Brown’s made a fruitful career for himself through his working days. He’s certainly one of the news correspondents who’s made success not only professionally but also financially. Specifically speaking, he’s garnered a whopping net worth collection of $500,000 as of July 2020 as a senior correspondent and chief arts correspondent in PBS NewsHour.

The journalist’s spent nearly 30 years of his career with the NewsHour serving as a co-anchor, moderator and field reporter on varying national and international topics. His years of experience is an excellent contributor to his budding net worth collection as of now.

You may also like: All About Journalist Trey Wingo

As for his salary and other details, there aren’t any more news/information as of now. However we speculated that working for the PBS earns him somewhere around $60,243 as an annual salary.

Jeffrey Brown began his career early on while he was still in college at Columbia. After graduating, in 1988, he joined the PBS NewsHour also known as The MacNeil/Lehrer News Hour. At that time, he was hired as an off-camera economics reporter based in New York City who later moved to Washington, D.C.

Working for the PBS, the journalist did all sorts of work like reporter, producer, senior producer of national affairs, on-camera correspondent covering general events and arts. To date, he’s profiled many of the world’s leading writers, actors, musicians, and many other artists. One of his accomplishments is that he’s created and hosts NewsHour’s Online Art Beat as well as monthly book club Now Read This, which is a collaboration with The New York Times.

Besides for Brown’s work in the media, he’s also an author of a collection of poetry titled The News. As for his recognition, he’s bagged a number of awards like a News & Documentary Emmy Award, Peabody Award, CINE Golden Eagle Awards and many more.

Usually reporters and journalists are pretty vocal when it comes to talking about their professional life, but the same can’t be said for their personal lives. Jefferey Brown just happens to be the same kind. However, through much speculations we found some information on his personal life.

Brown was born on 1956 to his parents Morton Brown and Mirriam Brown in Belmont, Massachusetts. He studied Classics at the University of California, Berkeley. Later on, he completed his Bachelor’s from the Columbia Journalism School.

As for his personal life, he’s happily married to the love of his life, Paula Crawford. Jefferey’s wife is an artist, professor, and author by profession. The couple met during college time and currently has two children.