Vanessa Joy Lachey is a television personality, beauty queen, model, television host, and actress from the United States. In 1998, she has crowned Miss Teen USA. She worked as a journalist for Entertainment Tonight in New York and hosted MTV's Total Request Live. Know more about her below. 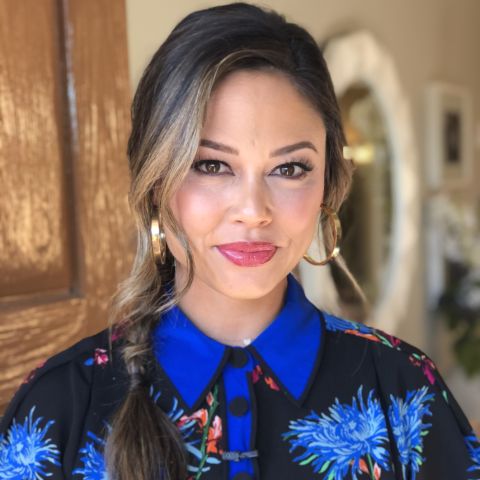 Vanessa Minnillo, popularly known as Vanessa Lachey, is a $25 million American television personality, television host, fashion model, and actress. The figure is her and her husband Nick Lachey‘s combined net worth. Vanessa is best recognized for her work as a contributor on “Entertainment Tonight” and as the anchor of MTV’s “Total Request Live,” where she crowned Miss Teen USA in 1998.

The host and her husband Nick purchased an 8,134 square foot property in Encino, California, for $2.85 million in 2011. In June 2016, they sold the six-bedroom, eight-bathroom property for $4 million. The couple bought a larger (almost 10,000 square foot) Encino home for $4.15 million a few months after putting the house on the market.

Jenni Rivera, the late singer, used to live in the seven-bedroom, ten-bathroom mansion. In late 2020, they sold the estate for $6.662 million, and the next day, they paid $5.05 million for a five-bedroom Tarzana property from NFL player Randall Cobb.

Vanessa Minnillo began competing in beauty pageants and was elected Miss South Carolina Teen USA before being crowned Miss Teen USA in 1998, making her the first South Carolina woman to win the title. She was also voted Miss Congeniality. She later hosted or co-hosted many beauty pageants, including “Miss Universe 2007,” “Miss USA 2018,” and “Miss Universe 2019.” Minnillo began anchoring “Total Request Live” on MTV in 2003, and two years later, she joined “Entertainment Tonight” as a correspondent.

The television personality first appeared in print and online commercials for BONGO Jeans in 2007, and she later co-founded and became the spokeswoman for Flirt! Cosmetics. She appeared on the covers of “Maxim” magazine in October 2005 and October 2006, “Shape” magazine in March 2007, and “Lucky” magazine in July 2007.

The fashion model presented the ABC competition series “True Beauty” from 2009 to 2010, and she co-hosted the game show “Wipeout” from 2011 to 2012. Vanessa has also appeared as a guest star on several TV shows, including “City Guys,” “CSI: NY,” “Hawaii Five-0“, and “American Housewife,” as well as having a recurring part on the Fox sitcom “Dads” from 2013 to 2014. In 2020, Minnillo and her husband, Nick, co-hosted the Netflix dating show “Love Is Blind,” and she had a recurring role on the CBS sitcom “Call Me Kat,” which premiered in January 2021.

Vanessa Minnillo began dating singer Nick Lachey in 2006 after appearing in his music video “What’s Left of Me.” They broke up in June 2009, reconciled a few months later, then married in November 2010. Minnillo and Lachey married on Necker Island, a private island owned by Sir Richard Branson in the British Virgin Islands, on July 15, 2011.

They have three children: Brooklyn, born on January 5, 2015; and Camden, who was born on September 12, 2012; and Phoenix, who was born on December 24, 2016. Phoenix was born ten weeks early and had to spend six weeks in the neonatal intensive care unit because he was preterm (NICU).

Vanessa Minnillo was born Vanessa Joy Minnillo on November 9, 1980, at the USAF Clark Regional Medical Center in Angeles, Pampanga, Philippines. Vincent, her father, is an American citizen, and Helen, her mother, is a Filipina. Vincent Jr., Vanessa’s adopted brother, is two years her senior.

In 1986, the 40-years-old’s parents divorced and remarried. Helen and her new husband relocated to Turkey with Vanessa and Vincent Jr. Still, they returned to America in 1991 to live with their father and stepmother, Donna, in Charleston, South Carolina. Minnillo was a member of the cheerleading squad at Bishop England High School, a Roman Catholic school. She also spent a year in San Bernardino, California, where she attended Our Lady of the Assumption Catholic School.