Skip to content
Home » Entertainment » Who is Vanessa Lachey’s Husband? Learn About Her Married Life and Kids Here Below

Who is Vanessa Lachey’s Husband? Learn About Her Married Life and Kids Here Below 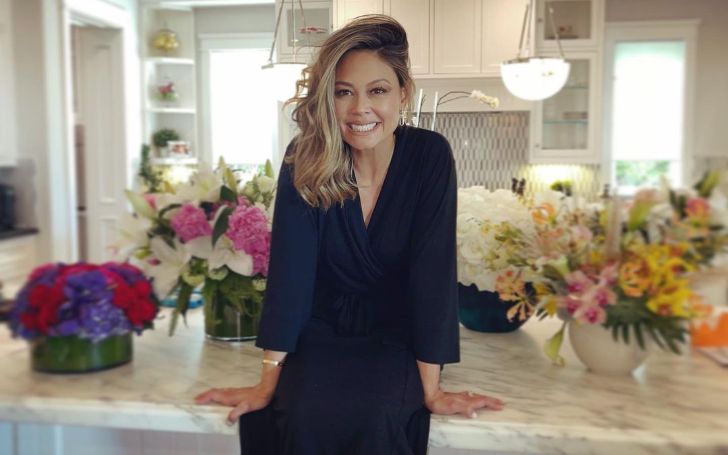 Vanessa Lachey is an American television personality, host, and actress. She is both a beauty queen and a fashion model. Vanessa is well recognized for being the 1998 Miss Teen USA. From 2005 through 2015, she served as a correspondent for Entertainment Tonight. As an actress, she played Camilla in the TV series Dads (2013-2014).

The American host began her career as a model. After winning the Miss South Carolina Teen USA title in 1998, she quickly rose to prominence as a popular moderator. Her on-screen romanticism and bravery had always drawn her fans. Vanessa’s admirers are usually keen to know how is her married life. So, let’s discussed her married life.

Vanessa Lachey’s Married Life. Who Is Her Husband?

Vanessa Lachey is a married woman. She tied a knot with her handsome husband, Nicholas Scott Lachey. Nicholas is an American actor, singer, television personality, and host. He rose to prominence as the lead singer of the multi-platinum-selling boyband 98 Degrees. He later appeared in the reality show Newlyweds: Nick and Jessica with his then-wife, Jessica Simpson.

Nick and Vanessa met on a music video set about 15 years ago and kissed on MTV cameras on New Year’s Eve. In 2006, the couple started dating. They unintentionally split up in 2009. Later, in October 2009, Lachey revealed that they were reuniting.

The love birds dated for one year and engaged in November 2010. After the engagement, the duo got married on July 15, 2011, at Sir Richard Branson’s private Necker Island in the British Virgin Islands. The pair announced that they were expecting their first little one in March 2012. They welcomed their first child, son Camden John Lachey, on September 12, 2012.

On January 5, 2015, Nick and Vanessa became parents for the second time. They had a beautiful baby girl named Brooklyn Elisabeth Lachey. Later, they welcome another child named Phoenix Robert Lachey on December 24, 2016. The couple has been married for ten years, and their marriage is going well.

Talking about her past relationships, Venessa dated Derek Jeter, a baseball player. The former couple started dating in 2003. Sadly, they broke up in 2005. She also dated actor Orlando Bloom in 2005.

Vanessa Lachey was born on November 9, 1980, in Clark Air Force Base, Philippines. She holds American nationality and belongs to mixed ethnicity. Her father’s name is Vincent Charles Minnillo, and her mother’s name is Helen Ramos Bercero. Her parents separated in 1983 and were divorced in 1986.

The 40-year-old finished high school at the Roman Catholic Bishop England High School. She then went to Our Lady of the Assumption Catholic School in San Bernardino, California. At the moment she enjoys a net worth collection of $25 million.