Billy McKeague is a former professional hockey player and current golf coach from the United States. He is most known as the ex-boyfriend of Victoria Azarenka, a Belarussian professional tennis player. Know more about him down below. 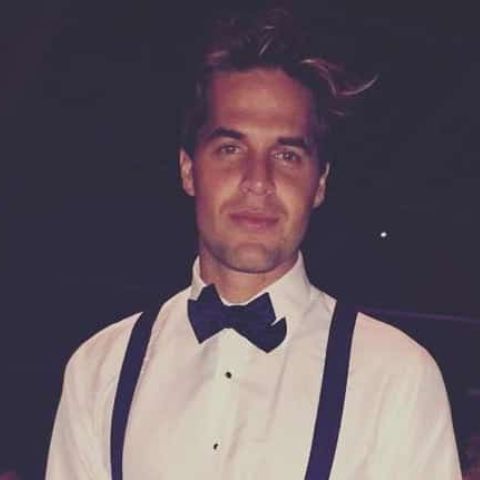 Billy McKeague was born somewhere in 1989 in Saint Louis, Missouri, the United States of America, to Lynn McKeague and Chase McKeague. His father was an executive at NSI Marketing Services and is now the Marketing Director of Chase and Company, where his wife is the Principal of Investment Group. He was born and raised in Missouri with his sister, Lisa McKeague, and brother, Charlie McKeague.

The former hockey player attended and graduated from the Chaminade College Preparatory School in Saint Louis. Throughout his academic years, he had a strong interest in hockey and golf. McKeague went on to study at the University of Missouri, where he finished his schooling. He was an active participant in his favorite sports during his college years, competing for more than three seasons.

Billy Mckeague’s Net Worth and Career

Billy Mckeague’s net worth is unknown to the general public. However, it is thought that he amassed more than $400,000 throughout his years as a hockey player and golf pro. On the other hand, his ex-girlfriend, Victoria Azarenka is said to have a net worth of $15 million, according to credible sources, as of early 2019.

The athlete realized his hockey potential in high school and worked hard to preserve and enhance it as much as he could. His efforts were rewarded when he was allowed to play Elite Hockey while attending the University of Missouri. Despite stiff competition, he rose to become one of the league’s best players and played for three seasons from 2008 to 2012.

However, Billy only appeared in one game in the previous season and then departed hockey for an undisclosed reason. On the other side, he was recognized as an amazing golfer since his high school days, although he only played for leisure. However, after quitting hockey, he spent many months learning golf and got extremely excellent at it. As a result, Billy received an invitation to relocate to Kauai, Hawaii’s North Shore, to become an instructor, better known as a “Golf Pro,” at their resort.

Billy Mckeague met his future girlfriend, Victoria Azarenka, in Kauai, where she was visiting her renowned friends, one of the best volleyball players in the world, Gabrielle Reece, and her husband, Laird Hamilton. Despite being in a relationship, Azarenka supposedly fell in love with Billy, ended her association, and saw him.

They were open about their love from the beginning, publishing images on their social media accounts. McKeage confirmed to the world on the 15th of July 2016 that his girlfriend was pregnant and carrying a boy named Leo, born on the 19th of December 2016. Billy is said to have fallen in love with him right away and spent all of his time with him.

Azarenka wants to get back into shape as soon as possible because she had to take a sabbatical from her profession while pregnant. As a result, Billy spent time with his son whenever she needed to travel, work, or attend tournaments. She was very proud of him and frequently commended him for being a wonderful father and for his support and understanding.

Their amazing love, however, came to an end when Victoria revealed to the public that her lover had been raised horribly since he turned out to be highly contemptuous of women, as well as that they had some irreconcilable differences. As a result, by August 2017, they had divorced and were both vying for custody of their kid. Azarenka was preparing for the US Open and needed to go to Belarus to practice to attend, but she couldn’t since she couldn’t leave her child in the US.