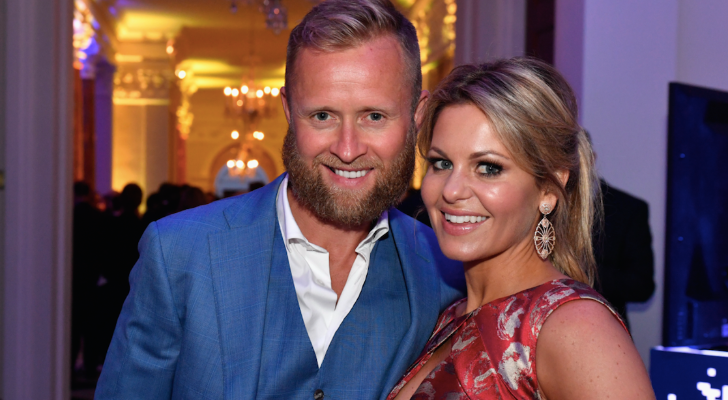 Valeri Bure is a Russian-American former ice hockey player. He grew up in a sports-loving family, which motivated him to pursue his career as an athlete. Besides his profession, he also gained limelight after marrying the Fuller House star, Candace Cameron. We will share details linked with Bure’s net worth, career, marriage, and children. Thus, to grab it all, stay tuned until the end of this page.

As of 2020, the former ice hockey player, Valeri Bure, enjoys a staggering net worth of $10 million. He succeeded in accumulating an impressive wealth from his hardship in his athletic career. Further, he generated some portion of his greens from his restaurant and wine business. Subsequently, he also showed a contestant in CBC’s figure skating reality show, Battle of the Blades.

Speaking of business, Bure used to own the restaurant named The Milk and Honey Café, according to Earn The Necklace. Similarly, he opened a winery called Bure Family Wines, in Napa Valley, California, with his better half. However, unlike his eatery business, it’s still open. He developed an interest in wine early in his NHL career.

Regarding his earnings from his National Hockey League (NHL), as noted by The Richest, he made quite a lot of money. While playing three years for Montreal Canadiens, he accumulated a massive income of $1121213.

During his two years in Calgary Flames, he grabbed a paycheck of $4,850,000, as a whole. Similarly, he earned a salary that crossed $8 million from Florida Panthers. He played for that team for more than five years.

After dating for two years, the lovely couple, Valeri Bure and Candace Cameron, tied the knot on June 22, 1996. They encountered through Cameron’s Full House castmate, Dave Coulier, at a charity hockey game.

Bure, 46, with his wife, Cameron, 44, expanded their family with three beautiful children. Indeed, they are parents to three babies, a daughter Natasha born in 1998, and two sons, Lev, who was born in 2000, and Maksim, who they welcomed in 2002.

The 5ft 10in, Valeri Bure, was born on June 13, 1974, in Moscow, Soviet Union. He is the son of the former freestyle Olympic swimmer, Vladimir, and his wife, Tatian Bure. He has an elder brother, Pavel Bure, who also watered his career as an Ice Hockey athlete.

When Valeri was only 9-year-old, his dad and mom ended their relationship. After that, in 1991, he and his brother began to live with their father. However, some months later, they settled in Los Angeles with their mother.

Besides a brother, he also has a half-sister, Katya (born in 1998). Indeed, his estranged dad tied the knot a second time.