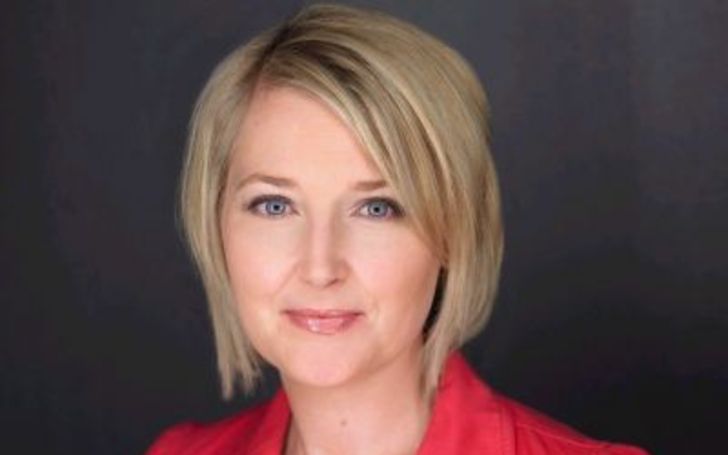 Being a journalist is one of the challenging jobs anywhere in the world. Despite its demanding criteria, reporter and writer Allison Vuchnich has been faring well in her career. The Canadian journalist is a senior network correspondent at Canada’s national newscast Global News. She also worked in a few news companies in the past. Let’s learn more about the talented Allison Vuchnich’s life!

Is Allison Vuchnich a Married Woman? What’s Her Personal Life Like?

Like many other journalists, Allison Vuchnich does not like to put herself on the spotlight regarding her private life. For a long time, many could only speculate about her marital life. But upon researching, we found that she is, infact, a married woman.

What’s more, she also has a step-daughter named Emily. The revelation came when she was one of the host speakers on a North Toronto C.I. held an event in 2013.

The lady’s husband’s identity, however, is not learned yet. Furthermore, whether they share any children of their own is also a mystery.

You May Also Like: Does Canadian Journalist Diana Swain Has a Husband And Kids?

On social media, the female correspondent is active only on Twitter and shares and posts things related to her work. Unlike her professional life, it seems the Global News correspondent prefers to maintain her personal life a secret.

Allison Vuchnich’s Net Worth And Career

Allison Vuchnich has a net worth of $2 million from her many years of career in the news reporting field. On average, a journalist in Canada earns around $40,000 salary per year while the experienced ones can make over $55,000.

In her career, Vuchnich has worked for well-known news channels like ABC, NBC, and CTV. Right now, she is at the Global National bureau, where she joined in 2004.

After a short time, she went on to become a health specialist for Global Toronto, covering news on health, environment, and social issues. In 2008, she took the position of reporting and producing content for the Global company.

Allison Vuchnich is a native of Ontario, Toronto, Canada. Since an early age, she dreamt of becoming a journalist. She did her Master’s Degree at the Medill School of Journalism at Northwestern University in Chicago.

Some of her major works in reporting are Pope John Paul II’s passing, a coup in Thailand, Boxing Day shooting, the Highway of Heroes repatriations, and the September 11 terrorists attacks. Moreover, her special reports include testing for chemicals in clothing sold in Canada, investigating potential health impacts of Atrazine, and the debate surrounding GMOs and labeling.

Allison’s dedication and hardwork toward presenting and reporting authentic and original news has helped her receive the Gemini award, RTDN awards, and other accolades.

For more celebrity related articles, make sure to visit our website Featured Biography!