Trapboy Fredy is well-known for his work in the entertainment industry as a rapper and singer. He has been active in the hip-hop industry since the mid-2010s and has released several hit songs like Lil Quita, Racks, Freestyle and Jump Out, to name a few. 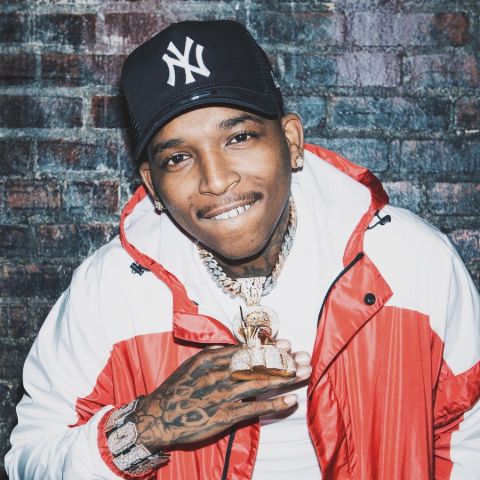 Trapboy Fredy‘s lover isn’t well-known to the mass at the moment. Currently, he is deciding whether or not to keep her love affair with someone in the public eye. Trapboy appears to be focused on her future and content with his personal life.

The emerging rap artist has not yet found a suitable partner. There has never been a shred of evidence that convinced Trapboy’s fans that he is dating despite having had many romance reports in the past. Instead of wasting time over a relationship, he prefers to invest more in a studio for new music.

You may also like: Cedric Yarbrough Net Worth, Relationship and Bio Details

The Rockboy Freddy hitmaker is also a social media personality with 607k followers on Instagram, 593k followers on Facebook and 18.4k followers on Twitter. Trapboy most recently posted photos of his elder sister on her birthday on his Instagram handle.

How Rich Is Trapboy Freddy?

Trapboy Freddy, an American singer and rapper, rose to stardom thanks to his hip-hop and rap industry involvement. His signature pose flashing a smile and touching his teeth with a pinky finger while performing on stage is quite famous.

Well, Trapboy initiated his career in the mid-2010 at 21. He started making the mixtapes that grabbed the attention of the local club members. After getting hired, he performed in pubs, strip clubs and dance bars. Currently, Fredy is signed with music label companies like Cool Money Ent and 300 Entertainment.

Further, Trapboy launched his tapes consisting of four-volume series; First Quarter(2014), Trapboy Freddy Krueger(2016), No Feeling(2018) and Rockboy Freddy(2020). Ever since Trapboy started capturing tons of attention for his magnificent work, he collaborated with artists like Young Thug, Slezzy Bezzy and Yayo.

As of 2021, Moore has many hit songs and albums to his name. His net worth is estimated to be in the six figures. What’s more, he has over 386.6k monthly listeners of his hits on the music app‘ Spotify.’ His popular songs include Lil Quita, Racks, Freestyle and Jump Out, to name a few.

Devarius Dontez Moore, famously known as Trapboy Fredy, was born to his American parents on January 14, 1992. His birthplace is Dallas, Texas, and he belongs to the African-American ethnicity. He is pretty close to his parents but never disclosed anything in his interviews like some other celebrities.

Trapboy Freddy is 29 years old as of 2021. Devarius experienced a troubled childhood, and his family struggled a lot with the poor financial situation in the past. He is the youngest among his four siblings and grew up with his grandmother. He stands at the height of 5 feet 9 inches.