Tony Lopez is an American dancer and internet personality who makes millions of dollars for his work on TikTok as half of Lopez Brothers. Besides, he is famous among fans due to romantic love affairs with fellow social media stars Sophie and Nikita Dragun. 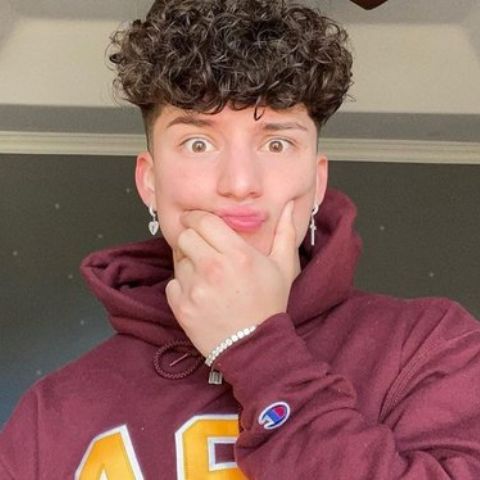 However, he has definitely become close to and rumored to have dated Sofie Dossi and transwoman Nikita Dragun in the past few months.

Rumors regarding Tony Lopez and Sofie Dossi surfaced when Sofie admitted in a video that she went to the Hype House and met the Lopez brothers. The self-taught contortionist was dared to facetime Tony and tell him she had a crush on him. This prompted Tony to respond, “When should I propose?”

Rumors swirled that Nikita Dragun is dating Tony Lopez after the two began making videos together and looking particularly close. Nevertheless, the two shut down the speculation in an interview with The Hollywood Fix in June 2020.

On February 17, 2021, Nikita Dragun revealed she has a new boyfriend, not Tony Lopez. Nikita is one of the top beauty influencers with over 3.2 million subscribers on YouTube and over 7.3 million followers on Instagram.

Although, Nikita reported she spent a lot of time with TikTok star Tony Lopez throughout May and June 2020. But now, she has moved on with a man named Chase Stobbe.

Tony Lopez has an estimated net worth of $2 million. He generates an annual salary of $381,456 through social media. Lopez has amassed over 10 million followers on TikTok with his amazing dance choreography, lip-syncs, and collaborations with th likes of Jason Derulo. Furthermore, He also hosts dance workshops which are an alternate source of his income.

Tony Lopez creates the dance duo Lopez Brothers along with his brother Ondreaz Lopez. He has a TikTok account, tonylopez__, which earned him more than eight million followers.

The Hype House is a group of 19 TikTok influencers living in a mansion in Los Angeles, where they create and share content. Both Tony Lopez and his brother Ondreaz Lopez are members of the collective.

Tony Lopez was born on August 19, 1999, which makes him 20 years old. And his star sign is Leo. Lopez is 5 feet 9 inches (175cm) tall. He grew up in Las Vegas, Nevada. Tony Lopez holds an American nationality and belongs to white ethnicity,

Tony has a TikTok famous older brother Ondreaz Lopez who is 23 years of age. Ondreaz is also a member of the Hype House. His younger brother Zavier, 19, has not yet become popular on this platform.