Skip to content
Home » Entertainment » What is The Net Worth Collection of Ree Drummond? Find All The Details Here

What is The Net Worth Collection of Ree Drummond? Find All The Details Here 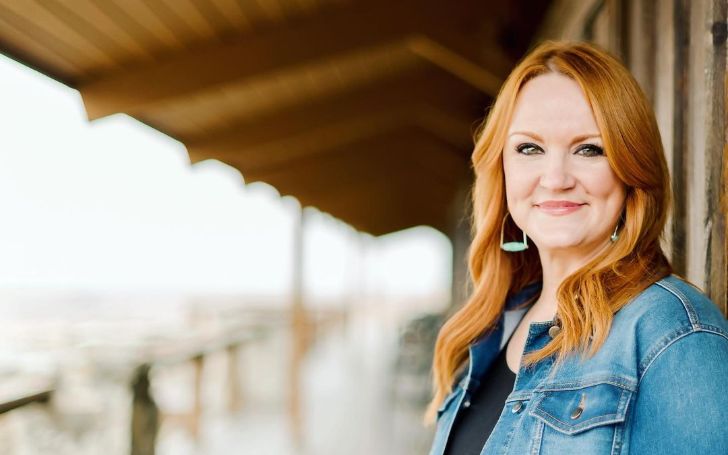 Ree Drummond is an American blogger, author, food writer, photographer, and television personality who is best known for her show ‘The Pioneer Woman.’ She shared what family life was like living on an Oklahoma ranch and soon after began posting recipes with sophisticated food photography in her blog.

Ann Marie “Ree” Smith was born on January 6, 1969, in Oklahoma. Her parents are William “Bill” Smith, an orthopedic surgeon, and Gerre Schwert Smith. In addition, she has two brothers named Doug and Mike and a sister named Betsy. She grew up with her siblings in the town of Bartlesville, Oklahoma.

Moreover, Ree completed her graduation from Bartlesville High School in 1987. Later, she enrolled at the University of Southern California in Los Angeles. Ree was a member of Pi Beta Phi sorority in college. She graduated in 1991 with a bachelor’s degree in gerontology.

Ree and Ladd Drummond met each other in the mid-1990s. Then the couple tied a knot on September 21, 1996. She refers to her husband as “the Marlboro Man” in her books and her blog. The love birds spent their honeymoon in Australia. However, Ladd was already working as a cowboy when Ree met him. She is the mother of four children. The name of the children is Alex, Paige, Bryce, and Todd.

Ree Drummond’s Net Worth Collection as of 2021

Let’s talk about Drummond’s richness. Is she a millionaire or not? Well, she is a multi-millionaire. According to the celebrity net worth, she is estimated to amass an impressive net worth of $50 million as of 2021. Without any question, credit for her outstanding fortune goes to her years of hard work done in her life as a cook, author, photographer, and actress.

Through her husband’s family, Ree is potentially on the wealthier side. Talking about Ladd’s wealth, he is estimated to grab a huge net worth of $200 million. Likewise, Ladd comes from a family with more than 400,000 acres of land in the United States. The family lives on a working ranch outside of Pawhuska, Oklahoma, with her husband and four children.

Furthermore, the Family of Ladd Drummond is the 23rd largest landowner in the United States. As a family, they own an amazing 433,000 acres of land over 675 square miles. According to a government report, the Drummond family has been paid more than $24 million in rent in the last ten years by the United States government alone. Most of the payments are paid to support animal protection.

Click Here to Know : How Much is Michelle Phan’s Net Worth Collection as of 2021?

Moreover, The Drummond Land and Castle company gets around $2 million a year to keep wild horses and burros on their property in order to protect them. According to the records, the Bureau of Land Management has paid the company $23.9 million since December 2006.

Talking about Ree’s career, she began blogging in 2006, where she wrote about homeschooling and sharing recipes with extensive instructions and photographs of the whole process. She launched a show called The Pioneer Woman, which has won multiple awards, including top honors at the Weblog Awards. Also, her blog was named 2010’s Weblog of the Year.

Similarly, Ree has opened the popular site, “TastyKitch.com,” where she posted about food recipes. She has published several best-selling books in America, including The Pioneer Woman Cooks: Food from My Frontier, Scrumptious Celebration, and Charlie and the New Baby. She has written 15 books till now.

Further, Drummond’s first step into television was on an episode of Throwdown with Bobby Flay. She challenged the celebrity chef to a Thanksgiving face-off. Likely, she beat Flay in the competition. Then, Drummond’s “The Pioneer Woman” debuted on the Food Network.

In 2016, Ree launched a restaurant retail store named The Merc, located in a 100-year-old downtown Pawhuska building. Moreover, she opened P-Town Pizza and an ice cream shop called Charlie’s Sweet Shop in downtown Pawhuska, Oklahoma. Ree wanted joy in the tourists in her small town. More, she offers tours of The Lodge, the building on her ranch that her photoshoots and television appearances are captured.