Sarah Miller, who grew up in Atlanta, is now a Nashville-based event planner and Southern Vine & Co. founder. She is the host of Marriage or Mortgage, a new Netflix original series, is a reality show romp through Nashville. She even worked during the Covid-19 pandemic. 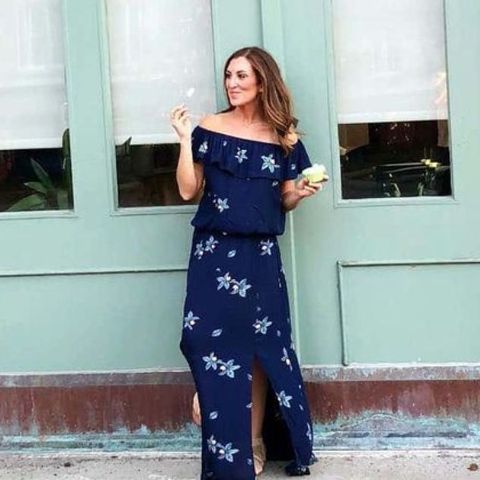 Sarah Miller’s Net Worth and Occupation Before Marriage Or Mortgage

Sarah Miller, who grew up in Atlanta, is now a Nashville-based event planner and Southern Vine & Co. founder, which describes itself as “a full-service interior design and event planning business, specializing in lovely luxury for residences, weddings, and events.”

According to Women’s Health, she has been an event planner for 20 years, and she told TODAY that she is a traditionalist who thinks marriage should be a priority. Miller’s net worth is estimated to be $5 million, which she raised as a wedding planner.

Sarah Miller, the host of Marriage or Mortgage, a new Netflix original series, is a reality show romp through Nashville. Ten couples in Tennessee have the choice of spending up to $35,000 of their savings in either a fairytale wedding or a dream home.

Throughout each episode, wedding planner Sarah Miller and real estate agent Nichole Holmes try to persuade the featured couple to choose their respective specialties. The hosts begin by sitting down and addressing the engaged couple’s wants, needs, and budget, according to Women’s Health Magazine.

Sarah then steers them into a once-in-a-lifetime wedding while Nichole assists the couple in finding their dream home. The couple reveals which choice they want to explore at the end of each episode.

The show’s hosts don’t make it easy for the couples either, and if you’ve fallen for the lighthearted series, you’ve also been wowed by a charismatic wedding planner, Sarah Miller. This reality show beginner, who describes herself as a “hopeless romantic,” is full of surprises. Here’s what you need to hear about Sarah Miller, the new reality star.

Marriage or Mortgage filmed during COVID-19.

Marriage or Mortgage was filmed in the summer of 2020, during the COVID-19 pandemic, and development was halted in June when real estate agent Nichole Holmes tested positive for the virus, according to Distractify.

Sarah Miller also encountered difficulties in assisting the show’s couples in planning their weddings around health standards, and she confessed to Distractify that “some dream weddings weren’t able to be maybe the size that they [wanted], but they were still beautiful.”

Miller told the website that none of the scenes in the first season, which premiered on March 10, were scripted. Each episode focuses on a different couple, which may include biracial or same-sex partners.

Sarah Miller and Nichole Holmes were just acquaintances before filming the Netflix movie, according to Distractify, but they quickly bonded. Miller captioned an Instagram photo of the two celebrating the show’s break.

The hosts told TODAY that while they had no idea which choice, house or wedding, each couple would prefer, they both took the friendly competition seriously. Miller and Holmes would also make friendly wagers on each couple’s decision to keep the match going, according to Women’s Health.

Sarah Miller’s Instagram account often features photos of her happy family, including her husband Chris B. Miller and her two children, Brae and Atley. She has a brother named Joe Fogarty.

The couple celebrated their tenth anniversary in September, but just because she’s a hopeless romantic at heart doesn’t mean she doesn’t recognize that relationships are difficult to maintain.