LaRhonda Pettit claimed to be James Brown’s eldest daughter. Know more about her down below. 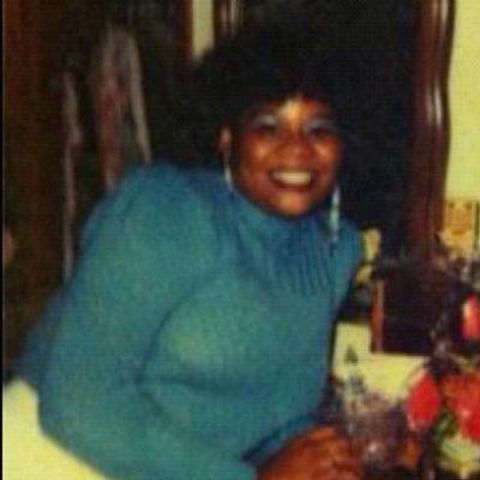 LaRhonda Pettit‘s father, James Brown, was married to four different women and fathered several children during his seventy-three years on Earth. He was previously married to Velma Warren, with whom he had three children. Brown later married Deidre Jenkins and had two daughters with her. His third marriage was to Adrienne Lois Rodriguez, with whom he divorced before marrying Tomi Rae Hynie. However, according to the New York Times, Hynie and Brown’s marriage was not legalized because she had not annulled a previous marriage.

Brown had nine children from previous relationships, according to reports. Several people, however, have come forward to claim that they are the artist’s illegitimate children. Following James Brown’s death, LaRhonda Pettit claimed to be the “Godfather of Soul’s” eldest daughter. She then underwent DNA testing, and Pettit revealed that she had a 99.9 percent chance of being Brown’s daughter. Buddy Dallas, Brown’s attorney, also confirmed the information about the test.

The singer-songwriter’s daughter has gone by that name since. She claimed that her father chose her mother from the audience at one of his concerts, and the two began dating soon after. Pettit stated that the incident occurred in the 1960s, making her one of the oldest Brown children. LaRhonda Brown-Pettit passed away on December 27, 2013, in West Houston. Ciara LaCora, her daughter, informed her Facebook followers of her mother’s death and stated that the page would remain up to carry on her mother’s legacy.

There are still questions about the cause of death, while James Brown’s family members have been fighting over his estate for over fourteen years. He died in 2006, but there have been no definitive results regarding the late singer’s fortune. Several parties have filed lawsuits to claim the assets and the copyright to James Brown’s songs.

According to Celebrity Net Worth, Brown’s net worth was estimated to be around $100 million at the time of his death. Brown’s family members are vying for a small fortune, which is understandable given his vast wealth. We will have to wait and see what the court decides, and we hope that James Brown is satisfied with the outcome.

While the battle over his estate was raging, James Brown’s daughter, LaRhonda Pettit, came forward and claimed that her father died of a heart attack and was murdered. Pettit claimed in 2010 that the body of the “You’ve Got the Power” singer had gone missing. According to the Irish Examiner, LaRhonda wanted an autopsy performed to determine the actual cause of her father’s death. She was convinced that Brown had been murdered by people who wanted his money.

While LaRhonda Pettit was unwavering in her suspicion, Brown’s other daughter, Deanna Brown Thomas, dismissed the allegations. Deanna also stated, through her spokeswoman Elif Crawford, that Pettit’s claim was false. According to the Guardian, the funeral home director in charge of James Brown’s memorial also stated that the body is still in Deanna’s two-tier mausoleum. Furthermore, Pettit is not the only one who suspects foul play in the death of James Brown. Many of his friends and former coworkers have questioned the events that led up to the multitalented artist’s death.

There are also questions about why Brown’s body was not autopsied. One of James’ daughters, Yamma Brown, declined to perform the autopsy. Given the uncertainty surrounding James Brown’s death, it’s no surprise that his daughter, LaRhonda Pettit, spoke out. There has been no concrete evidence about the issue for decades, and according to CNN, a dozen people are demanding a criminal investigation into the mysterious events.