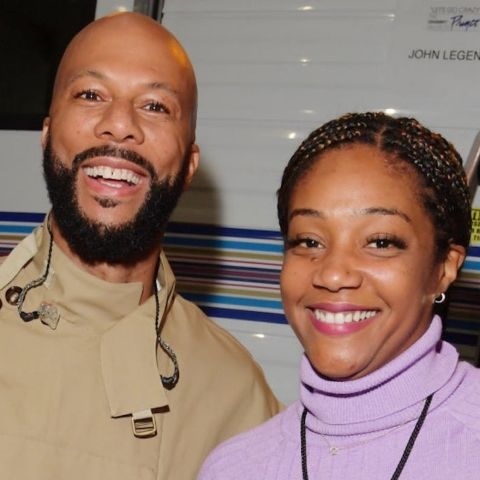 Tiffany Haddish seemed to be irritated by her and Common‘s separation. In a new interview, the “Night School” singer said she was disappointed by the rapper’s public statements about their divorce since they contradicted what he had told her privately.

“I was let down,” she admitted on Fox Soul’s “Hollywood Unlocked Uncensored with Jason Lee” (via Entertainment Tonight). “I was quite disappointed. ‘Oh, OK,’ I said, ‘since that’s not what you told me, but OK.'” Haddish, 42, concurred when Lee pointed out that the “John Wick: Chapter 2” star, 49, appeared to be the constant denominator in his failed relationships with women (his exes include Taraji P. Henson and Serena Williams).

“He could be the sort of person who never truly settles down with anyone.” “Perhaps he’s like a bee traveling from flower to bloom,” she speculated. “I’m not sure. You know, I wish him nothing but love and happiness. He’ll always be calm.” The “Girls Trip” star confessed she was fine with the relationship ending since she was given a new chance.

“I’m missing him. I miss him from time to time, but I believe that is true of every personal relationship. “You miss them,” she said. “However, I’m OK with it. It’s fine.” When asked if she’d date another famous man, Haddish said, Yes.

Common revealed on the same podcast earlier this month that he and the comedian split up in November because their hectic schedules prohibited them from “feeding the relationship,” but he added that they both “cherished and treasured” their time together.

“We had a wonderful, healthy, and loving relationship.” “It was certainly the most mature relationship I’d ever been in,” the Grammy winner went on to say. “The communication, the respect, everything, guy.”