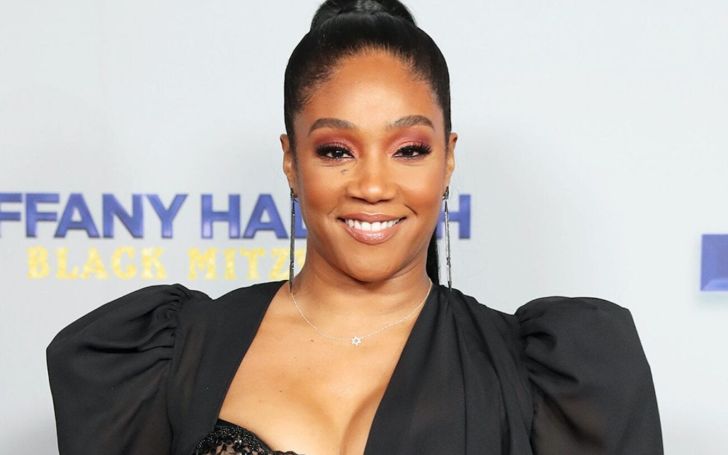 When you’re in such a diverse field of profession as acting, you know that success takes its sweet time. That same line goes for comedian Tiffany Haddish who initially started her career as an actor back in 2005 and got her shining moment through her breakout role in 2017’s Girl’s Trip. Now she’s only going higher and higher with her talent and dedication by her side. So, today we get to know more about the gorgeous actress, from her net worth collection to her personal life and career.

What Is The Net Worth Collection of Tiffany Haddish?

Tiffany Sara Cornilia Haddish might just be starting to taste the luxury of her popularity but mind you; it’s every bit worth it considering her humble upbringing in the United States. In recent years, she’s managed to gain success not only professionally but also financially. According to the Celebrity Net Worth, she’s worth a smashing amount of $6 million as of 2020.

Haddish is natural when it comes to comedy, and that is what’s contributing her to earn some big bucks in the present. Apparently, she got herself a handsome $800,000 deal with Netflix for her recent show with the streaming site. The actress is pretty down to earth and mentions that most of her earnings go into taking care of her mother and grandmother, who are patients of mental illness.

Tiffany Haddish had to face many hardships before getting her break by performing in Bill Bellamy’s Who’s Got Jokes comedy competition. Before that, she lived in her car for most of her 20s. After having her first break, she started appearing in shows like That’s So Raven, My Name is Earl, It’s Always Sunny in Philadelphia, The Underground, In The Motherhood, Reality Bites Back, and many more.

After years of working on small roles in movies and series, the headstrong actress finally found her highlight moment by starring alongside Regina Hall, Jada Pinkett Smith, and Queen Latifah in the comedy movie Girls Trip. The movie was a box office hit, which led all the actresses to get critical acclaims.

Following the success of Girls Trip, Haddish got her comedy special show Tiffany Haddish: She Ready! From the Hood to Hollywood, which was premiered on Showtime. In 2017 she became the first American-African female standup comedian to host Saturday Night Live. Not only that, but the lady also ventured into writing her memoir, The Last Black Unicorn, which went on to become number 15 on the New York Times bestseller list.

Another rollercoaster ride in Tiffany Haddish’s life is her marriage to ex-husband William Stewart. The couple was known to be together in all their thick and thins as Stewart was the one who helped Haddish find her once-estranged father. Later on, her father was the one who walked her down the aisle when she married Stewart.

Like any marriage, there were a lot of ups and downs in the lives of the couple, which resulted in them having a divorce, not only once but twice in 2011 and 2013. Although now it seems things are no longer back on course as the actress is currently dating rapper Common.