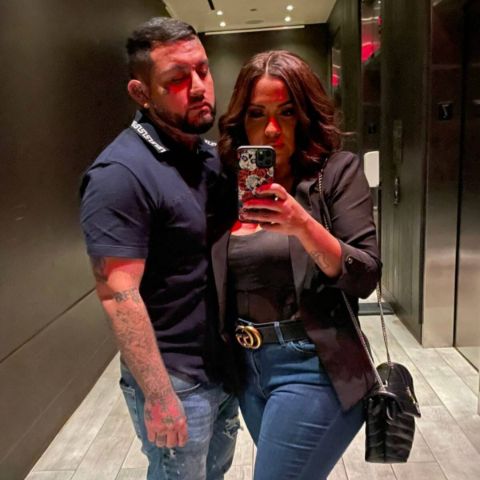 Briana DeJesus, star of Teen Mom 2, has called off her engagement, surprising fans and fiance Javi Gonzalez. During an Instagram Q&A, the reality star confirmed she is “officially single,” responding to a fan’s question regarding her marriage.

In response, DeJesus wrote, “I am not getting married any time soon. Maybe next 5 years?” She then confirmed she was single, a complete 180 from her previous remarks in May when she expressed hope that Gonzalez would be “the one.” DeJesus, according to E! News, was very upbeat at the moment. Previously, Briana decides on co-parenting relationship with ex Luis Hernandez.

“We’ve been taking it very slowly. I try not to keep him around the cameras too much because he’s not very comfortable“, DeJesus told the outlet. She added, “He’s still very shy and he doesn’t really understand the whole TV life so I try to keep him separate as much as I can, which is a struggle for me because I feel like I’m living a triple life: mom life, TV life, and then-girlfriend life.”They were engaged three weeks later. She’s now single. However, she has no destructive emotions for Gonzalez.

The American actress explained why she and Javi are no longer engaged, saying, “Nothing crazy [happened].” “I came to the conclusion that I believed I wanted to be in a relationship, but in actuality, the idea appealed to me, but I am simply not ready. I had a terrific year with him, but I have other plans right now. Perhaps we’ll cross paths again in the future.”

DeJesus went on to say that she still has feelings for Gonzalez and that he is a “great guy.” The reality star’s current priorities are her children, career, and Teen Mom 2 responsibilities. She’s also softened her stance on co-parenting and her misgivings about the situation. She’s also made it evident that she doesn’t want any more children in the future.

“I was thinking about getting another one, but then I realized Nova and Stella are growing up, and I guess I’m over the newborn/toddler stage,” she told a fan, punctuating it with a “hell no.” She has two daughters, one in fourth grade and the other in pre-kindergarten. It will be necessary to put in a lot of effort. Also, DeJesus’ family responds to Kailyn Lowry’s defamation lawsuit.