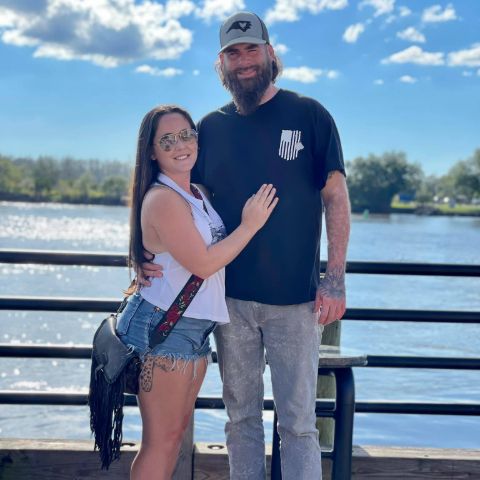 Jenelle Evans and David Eason owe more than $46,400 in taxes, despite the former Teen Mom 2 star’s sportswear brand being canceled last week and Eason’s arrest on Friday. According to The Sun, the pair was hit with a $46,406.70 state tax lien for the year 2017 in June 2020, and the money has not been paid off with a court clerk confirmed.

Evans and Eason’s tax issues arose after the MTV reality actress was sacked from Teen Mom 2 in May 2019 when Eason shot and killed the family’s beloved French bulldog for biting at Ensley, Evans’ 4-year-old daughter. After making homophobic statements on social media, Eason was previously dismissed from Teen Mom 2.

The TV personality has now gone on to work on a variety of projects, including a YouTube channel and a podcast. Evans’ intended excursion into athleisure was set to debut on November 17. Still, the clothing line’s manufacturer, Sew Sew You, stated last week that they were dropping out of the project owing to the reality star’s previous scandals after claiming Teen Mom fans approached them.

The Teen Mom 2 star said on TikTok that she had been “crying all morning.” She continued, “Sorry to let everyone’s hopes up but Sew Sew You has dropped me because of haters.” Jenelle has also earned sufficient fortune from Teen Mom 2.

The handsome hunk was detained on Friday for allegedly driving with a revoked license and having an open container of alcohol in his vehicle. Eason was taken into custody at 8:45 p.m. on Friday and detained on a $750 bond before being bailed out by a bondsman. On February 16, he is scheduled to appear in court.

Furthermore, Eason was charged with driving with a suspended license in a different incident in July 2020. He now faces additional accusations of driving with a revoked license, expired registration tag, and speeding out of Pender County. On February 9, he is scheduled to appear in court to face the accusations. Evans said on TikTok that Eason’s license had been revoked owing to unpaid child support to his ex.