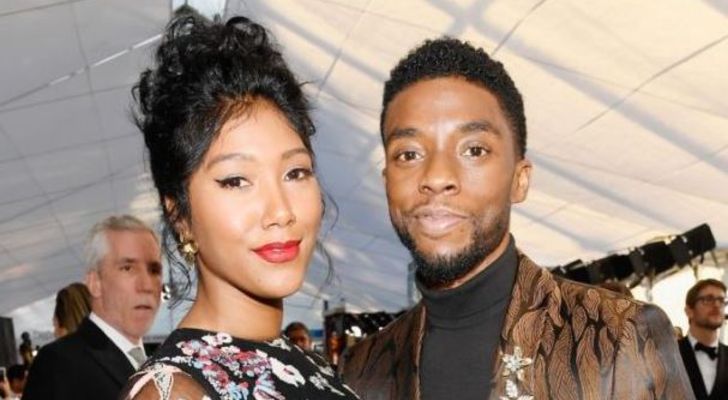 Kings never die; Chadwick Boseman will always live in our hearts. It’s no secret that the Black Panther star Boseman recently lost his life against cancer on August 28, 2020. However, before he passed away, he tied the knot with his longtime girlfriend, Taylor Simone Ledward, who is she? We will share everything available about her in this article. Keep on reading to grab it all.

Taylor Simone Ledward was married to her late husband, Chadwick Boseman. The pair preferred to keep their relationship details away from the media as far as possible. Due to this reason, few is known about their love life.

No one in the media knows, when and how Ledward and Boseman met. The lovebird’s first appearance together occurred in 2015 at Los Angeles International Airport. A year after that, Boseman was diagnosed with stage III colon cancer in 2016. However, the news only aired after his death.

As noted by Today, in June 2017, when Boseman appeared on the show, Jimmy Kimmel Live! Ledward was there to pick him up. The beautiful pair were snapped, leaving the show together.

In 2018, Ledward’s grandmother confirmed that her granddaughter and Boseman were watering their relationship. She even expressed her happiness and blessing for the young couple. Subsequently, her sister also shared the news and gushed about her future brother-in-law, according to Page Six.

The news of Ledward and Boseman dating went viral after they shared a warm kiss at the NAACP Image Awards on March 30, 2019. In that program, the late actor, Boseman, was announced as the Outstanding Actor winner in a Motion Picture Category. However, a kiss wasn’t enough to acknowledge their relationship for the first time in public, and the king of Wakanda even gave his lover a sweet shout out.

In October 2019, Boseman and Ledward shared their engagement rings in Malibu, California. The news made it to the media door after a glimpse of gorgeous engagement rings were captured in the couple’s hands. The duo was together to enjoy the Lakers-Clippers basketball game when that happened.

It is said that Ledward and Boseman shared the marital vows a couple of months before the tragedy. Though the pair were aware of a sad ending, they didn’t give up and tied the knot. The duo’s last publicly available photo was clicked at the NBA All-Star Game on February 16, 2020, in Chicago.

Ledward’s Net Worth and Professional Life

Regarding Taylor Ledward’s financial status, nothing is shared on that topic because of which no one can comment on anything on that. Nevertheless, her lover, Boseman, though is no more, left behind a massive net worth of $12 million for his wife and family.

Ledward, as a singer, has been part of a jazz band during her school days. Further, she also competed on the TV talent show, The X-Factor. Indeed, the diva entered into a competition to test her talent and singing skills. Unfortunately, more than that, there is nothing available at the moment.