Jan Smithers is a veteran actress renowned for her role Bailey Quarters on the CBS sitcom WKRP in Cincinnati. Today we will share everything you can find about her on the internet, including her net worth, professional journey, marriages, divorces, children, and other personal details. 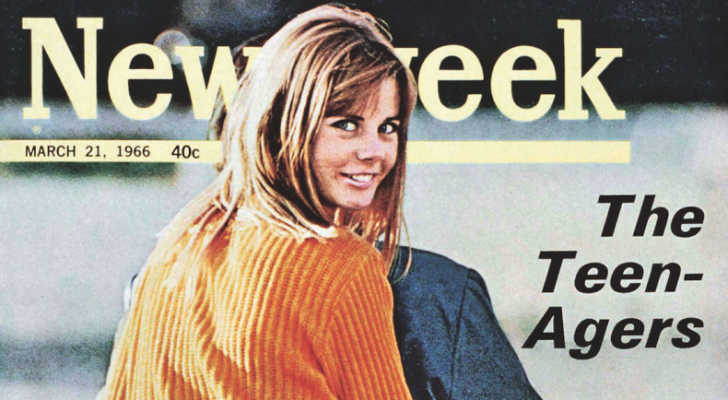 The diva, Jan Smithers, holds an outstanding net worth of $6 million, as of 2020. Indeed, she is a millionaire and enjoys every privilege of being one. In order to learn how she managed to grab a millionaire tagline, it’s essential to know about her professional journey.

Smithers entered the entertainment industry as a model. She began to model in her teens. The beauty was discovered by a photographer while playing hookie from school on the beach, as noted by Celebrity Net Worth.

On March 21, 1966, Smithers was featured on Newsweek’s cover, where she can be seen riding on the back of a motorcycle. The magazine was titled “The Teen-Agers – A Newsweek Study of what They’re Really Like”. Her first appearance in that magazine cover page was the beginning of her career, as it introduced her to the limelight.

The 71-years-old star, Smithers’ first work in the motion picture, was in the TV series, Love story (as Barbara) in 1973. Since then, she has portrayed several characters in different shows and movies. However, her work in the drama WKRP in Cincinnati (1978-1982) won her many applause.

With a certain number of works in the movie industry, Smithers retired back in 1987. Her last project was the movie Mr. Nice Guy where she played the role of Lise.

The former actress Jan Smithers married twice in her life, and unfortunately, both of her marriage came to an end. She first tied the knot with her lover, Kipp Whitman, in 1971. Their relationship only lasted for a year.

After some gap, Smithers gave a second chance to marriage, and this time she shared the marital vows with veteran actor James Brolin in 1986. They first met on the set of a show, Hotel. Together, the couple gave birth to a beautiful daughter named Molly Elizabeth.

Besides her own baby girl, she also parented two children from Brolin’ previous relationship. She is stepmom to Josh and Jess Brolin.

In 1995, Smithers and Brolin chose different paths ending their marriage with a divorce. After a year from the legal settlement, Brolin began to date Barbara Streisand.

Jan Smithers was born on July 3, 1949, in Los Angeles, California, U.S. She was raised by her father, a lawyer and, a mother, homemaker, and grew up with her three siblings, all sisters.

Regarding Smithers’s academics, she went to William Howard Taft Charter High School. While studying art at Taft High School, she got a permanent scar on her chin from a car accident. She was driving on the way when suddenly another automobile came in front of her. In order to escape severe damage, she swerved her four-wheelers and ended up hitting a telephone pole.

One thought on “Jan Smithers”