Skip to content
Home » Entertainment » Who is Sterling K. Brown Married to? Find All The Details Here

Who is Sterling K. Brown Married to? Find All The Details Here 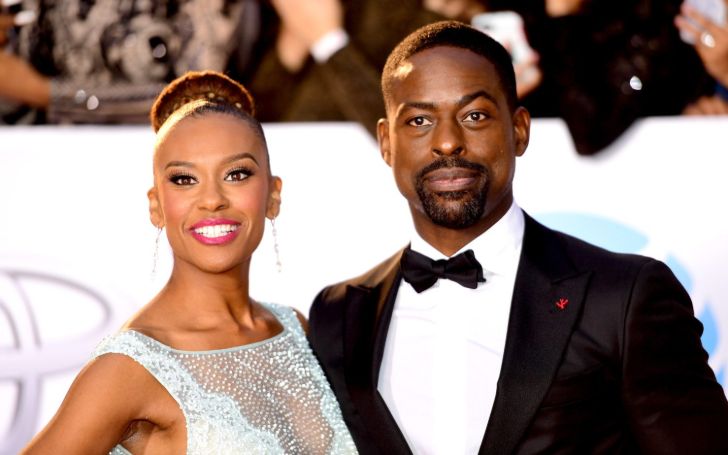 Sterling K. Brown is currently married to Ryan Michelle Bathe and is considered one of the cutest couples on every red carpet. They met in 1998 while attending Stanford University, where they shared a dorm and performed in plays together. Bathe and Brown started as buddies and connected over their common past.

Ryan Michelle Bathe is an actress from the United States. She has appeared as a guest star on ER, Half & Half, Girlfriends, Brothers & Sisters, and How I Met Your Mother, among other shows. During the second season of the ABC legal drama series Boston Legal, she played attorney Sara Holt regularly.

Bathe had a recurring part on the short-lived NBC medical drama ‘Trauma‘ from 2009 to 2010 and starred in the TV Land sitcom ‘Retired at 35‘ in 2011. In the independent films All About Us and April Moon, she played the lead.

Also See: Bailey Sarian’s Wapping Net Worth As of 2021.

The actress featured alongside Katherine Heigl in the crime comedy ‘One for the Money‘ in 2012. Later the same year, she had a recurring part in the Lifetime drama series ‘Army Wives,’ opposite her real-life husband, Sterling K. Brown. Ryan starred opposite Kevin Hart in the ABC comedy pilot ‘Keep It Together ‘in 2014. In addition, she had a recurring part in the NBC drama series ‘This Is Us,’ which also starred Brown in 2016.

Sterling K. Brown and Ryan Michelle have two sons together, Andrew, six years old, and Amaré, two years old. In a scene reminiscent of Brown’s appearance on ‘This Is Us,’ he was forced to assist Bathe in giving birth to their oldest kid. In an interview with Parents, the actor admitted that parenting on the program was far easier than in real life because he could return his on-screen children to their birth parents whenever the filming was completed.

The 45-years-old also admitted that other people’s children always behave well, even though most parents are aware that this is not always the case with their biological children. After having a child, everything gets “deeper,” according to Sterling, who also worked on “Black Panther.” It has even altered his performances in his situation. When his children reach a certain age, he admits that he knows they will look at his work, and he hopes they will be pleased with what they see.