Bailey Sarian (born on November 26, 1988) is a YouTuber and a makeup artist born in California. He is popular for her "Murder, Mystery, and Makeup" series on YouTube. Learn more about her career, lifestyle, and married life below. 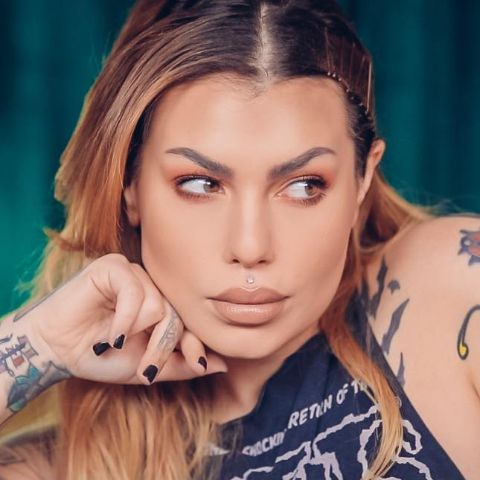 Bailey Sarian’s Wapping Net Worth As of 2021

Bailey Sarian is an American makeup artist and social media personality popular for her “Murder, Mystery, and Makeup” series on YouTube. She uploaded mystery makeup tutorial videos with the storytelling of true crime stories. Moreover, she pursues content to share her thoughts on various topical issues. She has collected quite an amount of money from her career in YouTube.

Talking about Bailey’s richness, according to the YouTube earnings, she is estimated to amass an impressive net worth of $900 thousand as of 2021. In addition, she collected such fortune by her professional makeup jobs for commercials, wedding, and music video. Also, Sarian is earning by her YouTube career. Knowing her earnings on YouTube, she gathered $6.92k from her last 7 days. However, she has received $107k in these 90 days. Similarly, Sarian earned by uploading videos on the internet.

Furthermore, Makeup artist Bailey has got 4.82 million subscribers with more than 430 million so far; she gets an average of 700,000 views per day from different sources in her YouTube channel. Moreover, Bailey also earns from her online shop Merchlabs, where she sells various clothing ranges, bags, and various similar accessories. Similarly, she is mostly active in other social media also. Likewise, she has got 2.3m, fan followers on Instagram, 4m likes on the Facebook page, and 249k followers on Twitter.

Mainly, Sarian began her journey by working at Sephora doing various professional makeup jobs for weddings, commercials, and music videos. However, she came into the public eye when she uploaded her various makeup looks and tutorial videos on her Instagram account and YouTube Channel.

Furthermore, Bailey started her YouTube channel on January 23, 2013. She came to the limelight after she began posting various series of Murder Mystery and Makeup videos on her YouTube. Her first video was ‘My foundation, contour, highlight,’ which was posted on September 12, 2013, and got over 120k views. Closely, her most-watched videos are “Jeffrey Dahmer, Inside His Messed Up Mind and How He Almost Got Away. Additionally, she collaborated with IPSY and ESTATE Cosmetics, where they created the Venice Fling Bailey Sairan X ESTATE Eyeshadow Palette in August 2020.

Bailey Sarian’s Relationship Status, Who is Her Husband?

Let’s talk about Bailey’s relationship status. Is she married, dating, or single? Well, she is a married woman. In addition, Bailey Sarian is happily married to her husband, Fernando Valdez, a social media personality who helps Sarian create content and draw designs for the merch line. He was born in southern California in 1981. The couple didn’t share any children as of 2021.

The love birds met for the first time on December 13, 2013. Also, the couple was already engaged in the year 2017. Unfortunately, their marriage date isn’t revealed yet. It seems the duo didn’t want to public their personal information in the media.

Bailey Sarion was born on November 26, 1988, in California, America. She is 32-years-old as of now and turning her 33rd birthday on November 26, 2021. Moreover, Bailey holds an American nationality and belongs of Anglo-North American descent. But there is no information regarding her parents. She has a sister named Madison Malmberg. Madison is married to a Nick Da Iceberg and is blessed with a baby.

Likewise, talking about her educational journey, she attended Paloma Valley High School at Menifee, California, where she completed high school. Details about her further study are unknown, and she may be dropped out.