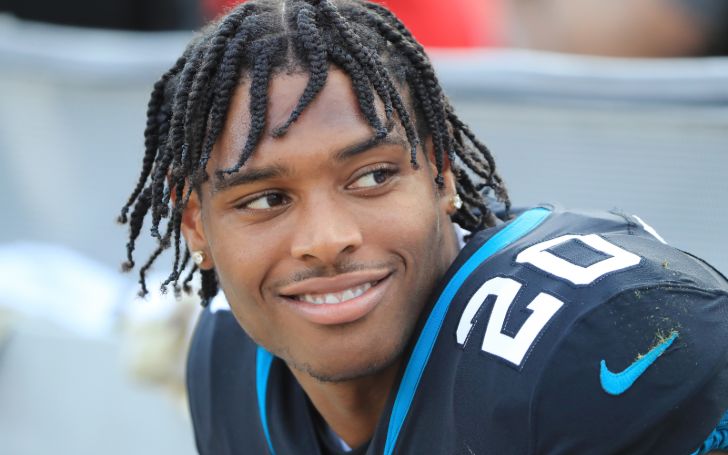 Jalen Lattrel Ramsey or better yet Jalen Ramsey is a famous American cornerback football player for the Los Angeles Rams of the National Football League (NFL). Having started his passion for football from college at Florida State, he’s one of the players that’s quickly rammed up in his career. He was drafted by the Jacksonville Jaguars fifth overall in the 2016 NFL Draft. So, today we get a more in-depth look at the professional athlete, all from his net earnings, love life to his speeding career.

Jalen Ramsey’s professional career in football has been quite fruitful for him. Not just he earned a massive reputation playing for teams like Jacksonville Jaguars and Los Angeles Rams, but he also bagged a massive amount of net worth for himself.

According to Celebrity Net Worth, the 6ft 1inch football player has garnered a staggering total earning of $50 million as of 2020. He enjoys a handsome annual salary of $21 million through his hard work and dedication to sports.

Did you know that Jalen signed a five-year contract with the LA Rams worth a whopping $105 million? The deal led him to receive a $71.25 million signing amount. His deal was pegged as the largest contract ever signed by a cornerback in NFL history.

Jalen Ramsey followed his football career starting from his high school in Brentwood Academy in Brentwood, Tennessee. He was also rated as a five-star recruit and one of the top overall recruits in his class. Besides football, he was equally dedicated to his track career, where he broke the Tennessee state record in the long jump.

During college, the all-rounder player chose Florida State University to further his career and excelled in football, track, and field. Right after his college, he became a first-round pick for the NFL and was selected by the Jacksonville Jaguars in 2016. He was initially signed with a four-year contract of $23.35 million, which included $22.90 million guaranteed and a $15.18 million signing bonus.

Ramsey was named as the PFWA All-Rookie Team in the first year he got drafted. He was a first-team All-Pro in 2017 and got selected in the Pro Bowl in 2017 and 2018. In 2019, he switched his team and signed a deal with the Los Angeles Rams

Speaking about Jalen Ramsey’s private life, he used to be in a relationship with football player Golden Tate‘s sister Breanna Tate. The couple had an ongoing relationship for quite some time, and right after Tate was pregnant, Ramsey broke up with her for his reported girlfriend, Monica Giavanna.

The ex-couple share not one but two daughters from their time together. Although they aren’t together anymore, both of them shower equal love and support to their children.