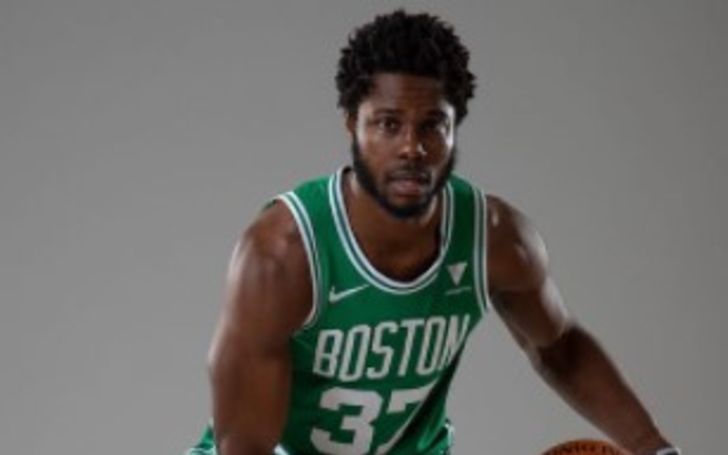 Semi Ojeleye is an American professional basketball player. Currently, he plays for the Boston Celtics of the National Basketball Association (NBA). We will everything the internet has on him on this article; thus, keep reading if you want to learn more about him.

Semi Ojeleye hasn’t shared any details regarding his finances with the media (seriously, who does that?). However, some media outlets predicted his net worth.

Players Wiki noted the young basketball star might be holding an estimated net worth of $2 million as of now. Yes, you read that right, Ojeleye is a millionaire.

Talking more about Ojeleye’s earnings, he signed a four-year contract/ of $6,041,604 with the Boston Celtics, which includes the $2,670,134 guaranteed salary.

After ending his college career, Ojeleye began his professional journey at Boston Celtics. Before that, the blooming athlete was invited to the 2017 NBA Draft Combine. He was one of 67 participants. With some promising performances, he was chosen by Boston Celtics in the second round.

After Ojeleye made it to Boston Celtics, he made his professional debut on October 17, 2017. Although his start wasn’t that fine, he gradually improved his gameplay and now is shining as one of the prominent NBA players.

Is Semi Ojeleye Dating Anyone, or Is He Single?

When things come to romantic relationships, Semi Ojeleye prefers to stay low. He hasn’t shared any details on his love-life. Due to this, there isn’t much to share about his lover.

Recommended: What is the Net Worth of NBA’s Athlete Fred VanVleet? Here are All the Details

Although Ojeleye is active on Instagram, he hasn’t shared any information on his girlfriend. This might be because the young NBA star is still single, as he’s all in developing his career, or he mightn’t be ready to share details linked with his lover with the world.

Ojeleye’s parents emigrated from Nigeria to Ottawa, Kansas, and he starred at Ottawa High School. After completing his early education, he joined Duke University. There he played for the Duke Blue Devils men’s basketball team from 2013 to 2015.

Later on, Ojeleye transferred to Southern Methodist University (SMU), and while he was there, he played for the SMU Mustangs for a year (2016-2017). He led the team to both American Athletic Conference (AAC) regular season and Tournament Championships while playing for them.