Skip to content
Home » Entertainment » What is the Net Worth of Fred VanVleet? Here are All the Details

What is the Net Worth of Fred VanVleet? Here are All the Details 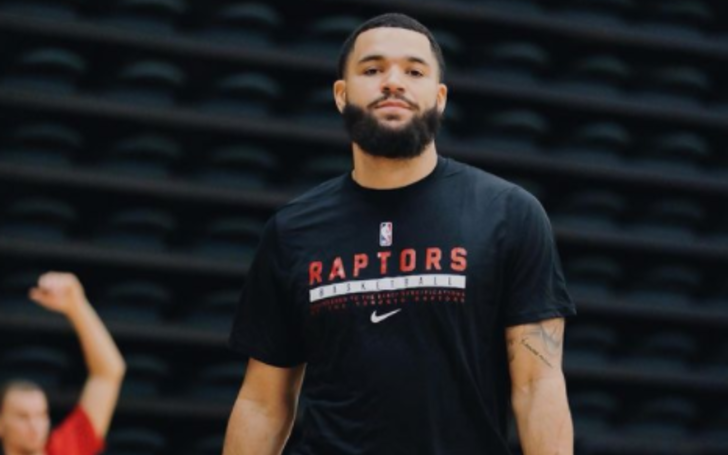 Find all that here is to know about the net worth details of professional basketball player Fred VanVleet.

For the longest of time, we’ve heard that professional NBA players make a fortune from their career. When you have stellar examples like LeBron James, Kevin Garnett, Late Kobe Bryant, Chris Paul, and many more, you’re thinking is already towards their glorified career achievements and not to miss the money they make.

In a similar context today, we have another rising figure in the world of NBA lovers, Fred VanVleet, a six-foot-tall guard we’ve seen playing for the Toronto Raptors. He’s most definitely a man with serious basketball talents gaining fame ever since his high school and college days. Having enjoyed a steady career as a professional player, how much does Fred VanVleet make? What about his total net worth collection?

Well, fret not as here we’ve brought you complete detail on the young player’s finances.

How Much Net Worth Has Fred VanVleet Made As of 2021?

Before getting popular playing for the Toronto Raptors, Fred VanVleet made a name for himself by playing for the Wichita State University in his college days, where he got nicknamed as 2014 NCAA Men’s Basketball All-American. It was only a pushing factor in his career as soon after he got the chance to play with the Raptors and their G affiliate, Raptors 905.

According to Celebrity Net Worth, the 26-year-old enjoys a staggering net worth collection of $20 million as of 2021. Initially, the player had declined an offer of receiving $20,000 for two years to play in the NBA Development League and was then signed with the Toronto Raptors to play in the 2016 NBA Summer League.

Since then, VanVleet’s stuck to the team as a key member who even got them the 2019 NBA championship. As of 2020, he signed a four-year deal with the professional basketball team worth a whopping $85 million. This is one of the largest in total value for an undrafted player in NBA history.

You may also like: American Legal Analyst Laura Coates Net Worth Details

The player also earns most of his income through his brand endorsement deals and sponsorships. He signed a major deal with sneaker brand AND1 and is the face of the brand at the moment. Besides these, Fred also loves to indulge his hard-earned money in various luxury amenities like watches, fancy cars, and many more.

Fred VanVleet Is A Free Agent

Fred VanVleet is considered as one of the top free agents in the class after finishing the final season with the Raptors. In The Old Man and The Three Podcast, he shared his priorities about signing with the next team. Briefly, he mentioned, “I’m trying to get paid, man. I’m not shy about that. I don’t have to tell people that I value winning,”

The 6-foot-1 athlete mentioned that he wasn’t going to play hard to get and stack teams against each other, which is probably why he joined the Raptors again, bagging an impressive deal for himself.