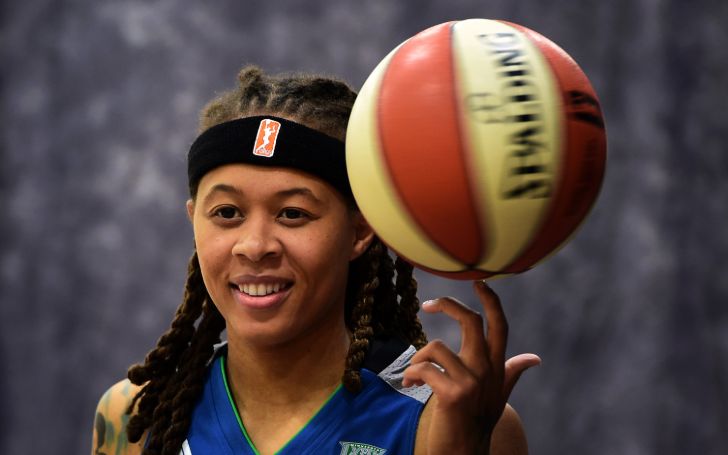 Seimone Augustus is a well-known American professional basketball player who is known to play from the Los Angeles Sparks of the Women’s National Basketball Association(WNBA), as well as Dynamo Kurks, a Russian women’s basketball club, and the U.S national team. She’s been enjoying an active career ever since 2006 when she was first drafted and is going strong as ever winning four championships to date. So, today we know some more details on the player, from her net worth collection to her love life and career.

Seimone Augustus Colossal Net Worth Collection as of 2020

Usually, players’ annual payments vary a couple of thousand dollars to millions as it heavily depends on the number of statistics. Where NBA players make a handsome salary of $2 million per year, new players of the D league receive a minimum of $50,000. As for WNBA players like Seimone Augustus, her salary automatically makes her net worth stand in millions.

As of now, there aren’t any official statements on the internet that would reveal her net collections, but sources estimate that she holds a whopping net worth of $5 million as of 2020. The WNBA player has never made money her driving goal which was also why she was fine with receiving a lower settlement while leaving her previous club Dynamo Kursk.

Augustus’s previous recorded salaries ranged in $270,000 per year which makes her net collection stand at such a high rate. It is also said that she earns a great deal from brand endorsements and commissions.

Seimone Augustus was a basketball enthusiast ever since her school days. Even before her freshman, she was featured on Sports Illustrated for Women, that said ‘Is She the Next Michael Jordon?’ During her school she played for the Capitol High School in Louisiana and in college, she switched to LSU Lady Tigers.

The 36-year-old player was drafted as No.1 overall in the 2006 WNBA Draft by the American professional team, Minnesota Lynx. While playing against the Phoenix Mercury she suffered an ACL injury and went through a surgery to remove a fibroid tumor the size of a golf-ball. She rejoined the game after recovery in 2011 and was with the club for all the four times they won the championship. After more than a decade of playing with the Lynx, she finally left them in 2020 for the Los Angeles Sparks.

Seimone Augustus is one of the proud members of the LGBTQ community. In her blog for The Player’s Tribune, she mentioned that she knew she was gay by the time she reached middle school. She finally found the love of her life LaTaya Varner and the pair tied the knot in Hawaii in 2015.

Augustus met her wife LaTaya in a Minneapolis club and after a few years of dating, they wanted to make things official but couldn’t due to the anti-laws against gay marriages. At that time it was legal in Hawaii which is why the ladies chose that state for their marriage. As of now, the adorable couple is having the time of their lives in each other’s company and there is no news of an offspring for now.