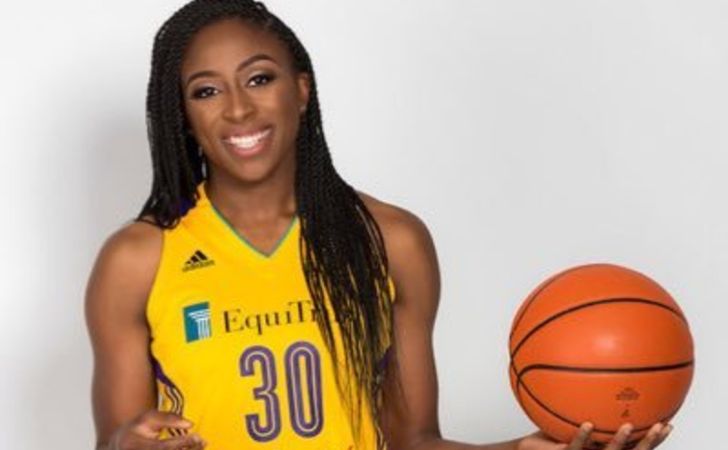 Nneka Ogwumike is a Nigerian-American basketball player for the Los Angeles Sparks of the Women’s National Basketball Association (WNBA). Besides being one of the best in her field, she is also the president of the player’s union. Let’s learn about Nneka Ogwumike on this page today.

Net Worth of Nneka Ogwumike as of 2020: Income and Salary

Unfortunately, those who wanted to learn Nneka Ogwumike’s financial status, she hasn’t shared anything linked with her fortune with the media. Due to this, the internet world got no idea how much she made from her fruitful career as a WNBA’s star.

Regardless of all, many reliable sites believe that Ogwumike generated an impressive net worth of $2 million. It is an estimated number; however, as one of the best in WNBA, her fortune should cross millions.

Coming to Ogwumike’s income, information related to that also quite far from the media touch. Though we don’t have anything on her earnings, we know her salary, including all the WNBA players, is about to increase. How?

Ogwumike raised her voice with her colleagues to increase the payment amount and services. Compared to NBA’s athlete, WNBA’s get poor services and signing amount, so to put an end on it, WNBA players brought a new collective bargaining agreement (CBA) with the league.

In WNBA’s twenty-three year history, this new CBA is the most important steppingstones, as per The Undefeated, and Ogwumike is the president of the player union.

If the agreement successfully passes out, then WNBA players will receive several benefits, including six-figure salary, childcare stipend of $5,000, and no cut in the income on maternity leave, as per Good Morning America. Furthermore, they will also enjoy individual hotel room accommodations and a premium economy class status for regular season air travel.

Besides the greens generated from her outstanding gameplay, Ogwumike also earns a decent amount of money from her partnership deal with Nike, according to Forbes.

The 30-year-old Nneka Ogwumike was born on July 2, 1990, in Tomball, Texas to her parents, Peter and Ify Ogwumike. She grew up with her three younger sisters Chinenye, Olivia, and Erica Ogwumike.

Speaking of Ogwumike’s siblings, her second-born sister, Chinenye, is also a WNBA player for Los Angeles Sparks. Indeed, both sisters represent the same team. Further, her two younger sisters, Olivia and Erica, are working hard to grab success as a basketball player too. According to sources, Erica plays for the Minnesota Lynx.

Besides playing basketball, Chinenye, aka Chiney, also works as a sportscaster for ESPN, during WNBA offseason, as per Live Ramp Up.

Talking more about Nneka, her height is measured 6 feet 2 inches. She completed her high school education from Cy-Fair in Texas. Subsequently, she graduated from Stanford in 2012. Regarding her love life, there was once a rumor of her dating. Nevertheless, nothing linked with her relationship status has been announced officially.

For more celebrity-related content, be sure to visit out Featured Biography!