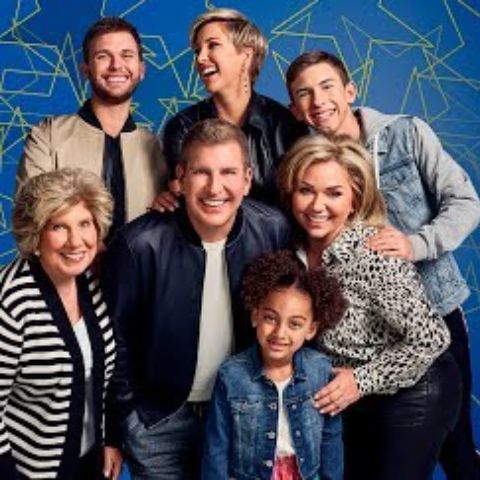 Chrisley Knows Best is getting a new season, with the reality show premiering on USA Network on Thursday, August 12th for Season 9. The network also released a one-minute teaser trailer and the premiere date, which begins with some classic Chrisley family antics.

Todd Chrisley and Julie Chrisley are looking for their dream home in Nashville, Tennessee, and for the time being, they are staying with Nanny Faye. Meanwhile, their daughter Savannah Chrisley has bought their old house and is renovating it to her liking, Julie has her fortune read, and Todd is approaching his 52nd birthday. There’s also footage of Todd preparing to help his son Grayson Chrisley get his learner’s permit, as well as a more serious scene in which the couple’s children wonder if their parents are divorcing.

Todd makes a joke to his wife after Savannah walks in on her father, giving her mother a massage “People frequently abandon their children. Let’s take on the role of those parents!“. According to Entertainment Tonight, “While Todd and Julie celebrate 25 years of marriage bliss, they find themselves crashing with Nanny as they search for their new dream home”. Savannah is getting ready to move into her parents’ old house, but she’s having trouble making it her own.

When Nanny Faye embarks on a new business venture, she finds herself embroiled in a turf war with a nearby rival. Although Grayson is now the tallest of the siblings, he still seeks dating advice from his older brother, Chase Chrisley.

Todd’s parenting skills are put to the test when Chloe refuses to swim, and Savannah grows tired of him treating her like a business partner rather than a daughter. Whether they’re at a NASCAR race or on a family vacation in Florida, Chrisley shenanigans and hilarity are guaranteed.”

The Chrisley family, led by patriarch Todd Chrisley and matriarch Julie Chrisley, focuses on the USA Network series Chrisley Knows Best, which premiered in 2014. Chase and Grayson, as well as Savannah, their daughter, are their three children. At first, the show was set in Georgia in Rosell and Alpharetta before relocating to Nashville in Season 4.

The show’s first seven seasons are currently available to stream on Peacock, with Season 8 premiering on Friday, July 9. Growing Up Chrisley, a spinoff centered on Chase and Savannah, premiered in 2019.