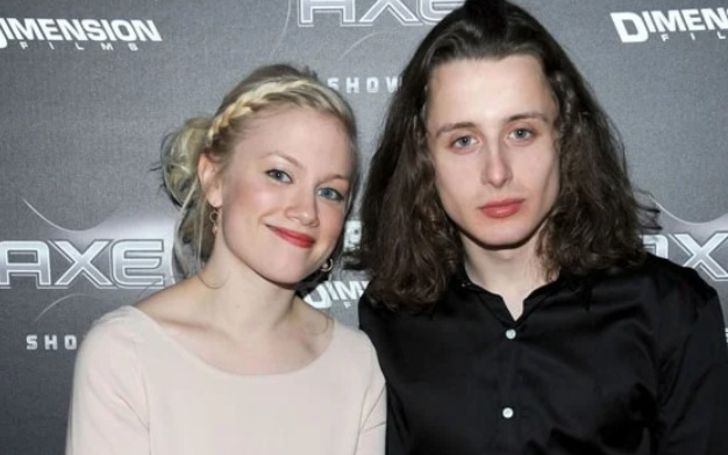 Sarah Scrivener is the wife of American actor Rory Culkin. Yes, the gorgeous lady is married to a celebrity, and after getting romantically linked with him, she came to the limelight. Where her husband works in front of the camera, she works from behind. Precisely speaking, she is invested as a cinematographer and a makeup artist.

Talking about Sarah Scrivener, professionally, she’s active in the entertainment industry. As mentioned earlier, she works behind the camera in movies and TV series.

Until today, Scrivener has worked in the Camera and Electrical Department of several cinematic projects and television programs. Furthermore, she has been active as a cinematographer and a makeup artist too in many of them.

Some of the dramas where Scrivener worked in the Camera and Electrical Department includes Murder, For Life, Instinct, City on a Hill, Oz the Great and Powerful, and Divorce. She stayed active as a cinematographer in the projects Margaret & Izzy and Stuntman.

Speaking about Scrivener’s husband, unlike her, he’s pretty famous in the mass. As we already know, her beau is none other than the American actor Rory Hugh Culkin. He’s renowned for his roles in Scream 4, You Can Count on Me, Columbus, and Lords of Chaos.

Scrivener’s soul mate was born on July 21, 1989, in New York City to his parents, Patricia Brentrup and Christopher Culkin. He’s the younger brother of actors Macaulay and Kieran Culkin.

Many might be curious to know how the lovely duo, Sarah Scrivener and Rory Culkin, met? It happened back in 2011 when they were at the set of the movie, Scream 4. Indeed, they first encountered while working on the same film.

In that movie, Scrivener was working as a camera assistant, whereas her future husband was portraying the role of Charlie Walker. After getting to know each other, they ended up dating.

Because of their busy life, Scrivener and Culkin took the time to share their vows. According to Superb Hub, the lovely pair dated for seven years before walking down the aisle. After spending a long time with one another as girlfriend and boyfriend, they finally decided to upgrade their relationship.

Explicitly, Scrivener and her lover Culkin tied the knot on April 3, 2018. Their wedding was held in New Orleans, Louisiana, under the presence of their loved ones.

Keeping that in mind, it is believed that Scrivener managed to accumulate an impressive net worth of $800 thousand as of now.

Besides her own net worth, Scrivener also enjoys her beau’s fortune, and if we talk about her husband, Rory Culkin’s earnings, he holds a massive net worth of $2 million.