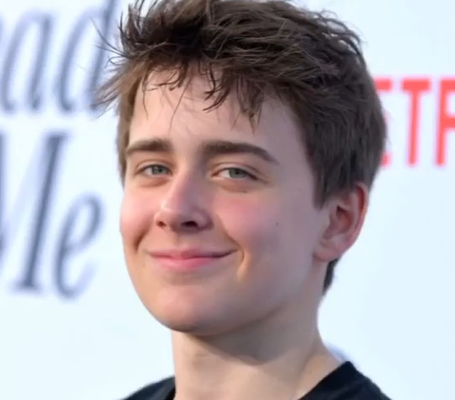 The Hollywood industry is always buzzing with fresh talent, and with every other new release, we see impeccable talents that shine through their characters. This year we’ve had the pleasure of witnessing rising stars like Tiffany Boone, Kingsley Ben-Adir, Emma Corrin, and many more. Just like that, today we’ll be talking about another hidden gem of an actor Sam McCarthy. You might’ve seen the handsome young artist as one of the leads of the Netflix dark comedy series Dead to Me. Here we have all sorts of details on the young man, all from his net worth details, career highlight and not to miss his personal life.

Who Is Sam McCarthy? How Did He Come Into Prominence?

We might’ve known Sam McCarthy now from his role in the ongoing series Dead To Me, but did you know that he was around for quite some time, having started his career in 2016. He made his professional debut back in 2016 by appearing in the ABC show The Family, portraying Young Hank’s role in the episode I Win. In the same year, he also appeared in the American crime thriller television The Blacklist.

After that, the 18-year-old got a chance to appear in two of The Jim Gaffigan Show episodes as Mike Jr and another episode of The Blacklist in 2018. It wasn’t until 2018 that he started getting movies and television shows that started getting him noticed in the acting industry. He got two movies where All These Small Moments,  which was his first debut feature film, and 18 to Party.

You may also like: All About Fox Nation Correspondent Abby Hornacek.

McCarthy appeared in the 2019 dark comedy television series Dead To Me, created by Liz Feldman and produced by Will Ferrell, Adam McKay, and Jessica Elbaum. The actor portrayed Charlie Harding’s role in the show as one of the main cast along with other actors Christina Applegate, Linda Cardellini, James Marsden, Max Jenkins, and many more.

Did you know that Sam McCarthy is the son of Andrew McCarthy and Carol Jeanne Schneider both of whom are well established actors? His father is also quite the talented man who’s has his hand in works like acting, travel writer and television directing episodes of hit series like Orange Is The New Black and Gossip Girl.

Besides that, Sam’s mother Carol Jeanne Schneider is also known to have previously worked as a teacher and writer who’s credited for narrating audiobooks, animated film narrator,s and documentaries. Besides that, the family shares two other kids, Willow McCarthy and Rowan McCarthy. Speaking about his personal life, he appears to be single at the moment.

What Is The Net Worth Collection of Sam McCarthy As Of 2021?

Sam McCarthy already comes from a line of the established family having a background in the acting industry which means he doesn’t really have much to worry about in the terms of finances. Specifically speaking the young actor is still yet to share his earning profile in the media, however, sources assume that it must be a comfortable sum of $500,000 as of 2021. It is only for a limited time, as seeing the popularity of his current series Dead To Me must earn him big bucks.

In this way, it’s only a short time to get close to the $1 million net worth mark. The 5 feet 7 inches actor still has a long way to go in his career and given his natural talent in acting it seems he might just make it to the top.