Ryan Paevey is a model and actor renowned for his striking facial features, but his professional skills say that he is more than just a handsome face. Here are the interesting details about his relationship status, net worth, and early life. 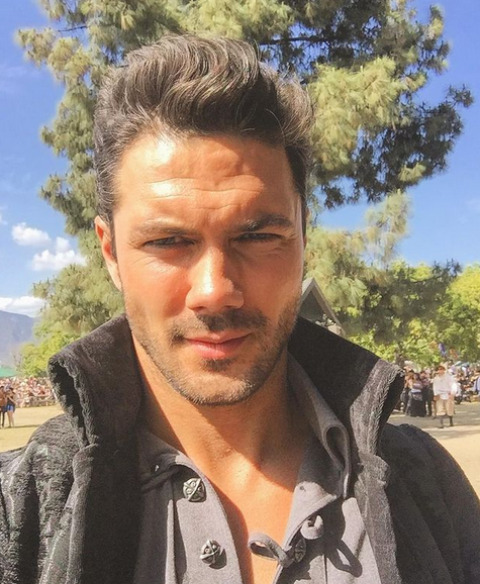 Ryan Paevey’s relationship status is not known. He has been linked with a few women in the past. He was once rumored to be dating his co-star of the series, General Hospital, Kirsten Storms. The rumors started when Storms was seen wearing a necklace that he handmade for her. But, the rumors were never confirmed by both parties.

Another similar rumor surfaced in late 2014. This time, Ryan was linked with the model Jessa Hinton. The rumors emerged after Hinton tweeted her childhood picture and referred to Paevey as her muffin in December 2014. Paevey fueled the rumors by replying to the post with a kiss emoji. They also did a photoshoot together for designer Michael Costello which further fueled the rumors. Both of them never confirmed the rumor.

Paevey is a very private person, so he has never shared his romantic life until now. As such, there is no information about his dating history. He frequently shares his lifestyle-related posts on his Instagram account but rarely shares his personal life.

Ryan Paevey Net Worth and Career

Ryan Paevey is a model and an actor. He is famously known for his role as Nathan West on the ABC soap opera General Hospital. He started with modeling and then later ventured into acting. As a model, he has got an opportunity to work with some big names like Katy Perry and Cher.

Ryan started his acting career in the short film The Girl with the Gloves as Tom. Additionally, he also appeared in the film Bogie and Bacall. The now 37-year-old has mostly worked in Television series. The Television series he has acted in are Hollywood Heights, Unleashing Mr. Darcy, Harvest Love, A Timeless Christmas, Locked In, Hope At Christmas, A Summer Romance, and Matching Hearts, to name a few.

The model has appeared in some music videos as well. In 2009, he appeared as the body double for Robin Thicke in Robin’s music video Sex Therapy. Likewise, in 2010, he appeared in Toni Braxton’s song, Hands Tied, and in 2012, he appeared in Christina Aguilera’s song, Your Body. In his spare time, he makes jewelry. In 2016, the now 37-year-old launched Fortunate Wanderer, a brand that sells custom prints of photography from his travels, handmade jewelry made by him, and outdoor gear.

The Harvest Love star was the presenter for the Outstanding Morning Program at the 42nd Daytime Emmy Awards. Before starting his professional career, he worked in the construction industry with his father, and at one point in his life, he also worked as a bartender. As for his net wealth, no information has been received on it yet due to the actor becoming extremely private, but according to the sources, his estimated net worth is $300,000.

Ryan Paevey was born on September 24, 1984. His full name is Ryan Jacob Paevey-Vlieger. Born and raised in Torrance, California, U.S., his parents are Les Vlieger and Linda Paevey. He has a younger sister with who he is very close. Her name is Kaitlyn Paevey. He has Dutch and Indonesian ancestry on his father’s side.

There is no information regarding the actor’s academic qualifications. However, while in high school, he used to run track and cross country. His childhood was mostly spent exploring the outdoors. He also worked in construction with his father and bartending.

The 37-year-old did not have any plan to work in the entertainment industry. It was while he was in high school that a modeling agency scouted him. He was working in construction at the time, so he initially started modeling on the side for some extra cash. Modeling later became her main profession, and he eventually ventured into acting as well.