Catherine Siachoque is a Colombian actress known for her villainess’ roles in Spanish soap operas. Here are the details about her relationship status, net worth, and early life. 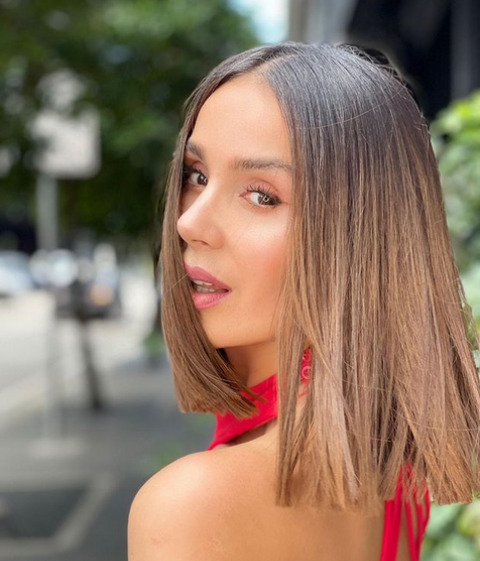 Catherine Siachoque is a married woman. She is married to the Argentinian-Colombian producer, actor, and director, Miguel Varoni. The two tied the knot in 1999 but had been together since 1996. They met while working on the Television series, Las Juanas which they were both parts of.

Other than Las Juanas, the couple has worked together in three more Television series: Te voy a ensenar a querer, La Casa de Al Lado, and Te voy a enseñar a querer. Married for 22 years now, they are seen as one of the most stable couples in the entertainment industry. They do not have any children despite being married for two decades. The couple often generates controversy for this reason.

In response to the controversies, the actress has revealed in various interviews that neither she nor her husband has felt the need to have children until now. However, they have taken the necessary steps in the case that they change their mind. Catherine has revealed that she has frozen her eggs for when they wish to have a baby in the future. The couple resides in Miami, Florida. The Spanish actress also frequently shares about her married life via her Instagram profile.

Catherine Siachoque Net Worth and Career

Catherine Siachoque is a Colombian soap opera actress. She is best known for her mostly villainess’ roles in numerous Spanish Television Series. She is noteworthy for her roles in ¿Dónde Está Elisa?, Las Juanas and Sin Senos No Hay Paraíso. The Spanish actress is also known for being the wife of Miguel Varoni, a host, director, and actor.

Catherine started her acting career in 1995 with the series, Sobrevivir as the main role, Perla. She has since worked in many other Spanish language Television series like La sombra del deseo, La sombra del arco iris, Tierra de pasiones, Reina de corazones, La Fan and Tan cerca y tan lejos to name a few. In 2011, she played a complex character in another series, La Casa de al Lado, where she was the mistress of a character portrayed by her real-life husband, Miguel.

The actress has become a typecast as a villainess, so she mostly villainess’ roles in soap operas. However, in the series Sin Senos no hay Paraíso, she portrayed a lovely and sympathetic character, Doña Hilda, well-liked by the audience. For the time being, Siachoque has decided to pause her career and pursue an academic degree. As for her net wealth, the actress has not disclosed it yet. However, according to the sources, the now 49-year-old has an estimated net worth of $300,000.

Catherine Siachoque was born on January 21, 1972, in Bogota, Colombia. Her full name is María Alexandra Catherine Siachoque Gaete. She is also known as Cathy. Born to her mother, Blanca Gaete, and father, Felix Siachoque, the family is Spanish descent. She also has a brother named Juan Jacobo Siachoque.

As for her academic qualifications, Siachoque graduated from a local high school in Bogota. After completing high school, she started college to study medicine but dropped mid-way after asking her parents for two years to try acting. Her risk of dropping college to try acting resulted in her becoming a popular actress.

As of mid-2020, the Bogota-born had been studying English. She has also admitted herself to the University of Miami. The now 49-year-old is in her first semester and also paused in her acting career to pursue her academic degree.