Kate Flannery is a multi-talented personality who has been in the entertainment industry for more than three decades now. Here are the details about her relationship status, net worth, and early life. 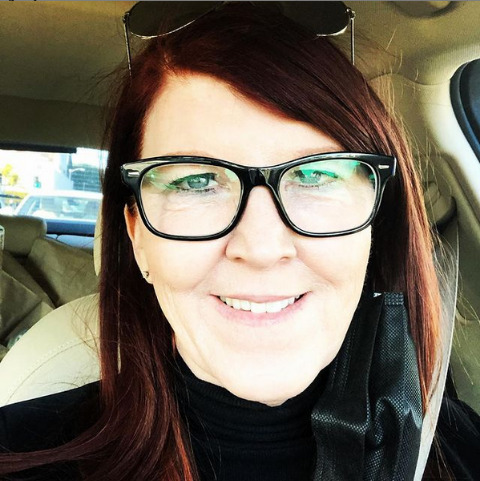 Kate Flannery is currently in a relationship with Chris Haston. Chris Haston is an NBC photographer. The two have been together since 2006. They met while Kate was working in the series ‘The Office,’ but they did not start dating until season two.

The two were much older when they met. Kate was 41 when she started dating Chris. Before dating Chris, the actress was not married and was not in any rumors about her romantic life.

Kate Flannery Net Worth and Career

Kate Flanner is an actress, singer, and comedian. She became famous after portraying Meredith Palmer on the NBC series The Office. The actress initially started with the theatres as a comedian and eventually ventured into acting in Films and Television series.

Flanner was formerly a member of The Second City‘s National Touring Company and is an original member of Chicago’s Annoyance Theater. She made her film debut with Can’t Stop Dancing. She has since starred in more than 20 films, including Stuck, Golden Arm, Carolina, BreakPoint, Helicopter Mom, and Jesus People, to name a few.

The now 57-year-old made her debut on Television with the series Spyder Games. She has appeared in many other series, including All Night, That Girl Lay Lay, Another Period, Jessie, Iron Chef America, and Boomtown to name a few. She also appeared in the reality show Dancing with the Stars as a contestant.

Before starting her career in the entertainment field, the comedian worked as a waitress at Kate Mantelini restaurant in Beverly Hills. The singer has amassed a massive fortune from her dynamic career. According to the celebrity net worth, her net worth is $4 million.

Kate Flannery was born on June 10, 1964, in Philadelphia, Pennsylvania, United States. Her full name is Katherine Patricia Flannery. Raised in Ardmore, Pennsylvania, she was born to her mother, Joan Flannery, and Tom Flannery.

Flanner has six siblings: five sisters and a brother. One of her five sisters is her twin sister, who is three minutes older than her. Her twin sister is a social worker. Not much is known about her siblings’ personal lives.

As for her academic qualifications, the comedian attended St. Colman-John Neumann School and then went to Archbishop John Carroll High School. After completing high school, she studied at Shenandoah Conservatory in Virginia for two years but later transferred to The University of the Arts, from where she eventually graduated.