Rohan Marley is best known for being the son of the reggae artist Bob Marley, but he has made a name from his football career and entrepreneurial skills. Here are the details about his relationship status, net worth, and early life. 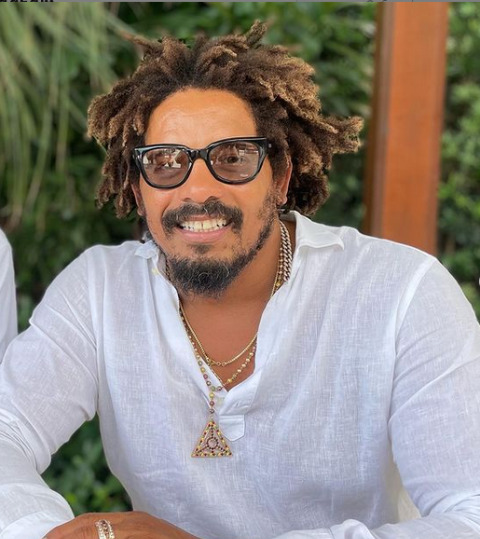 Rohan Marley has had an interesting romantic life. He has been married twice, engaged once, and has had one serious relationship from which he has five children. His first marriage was with Geraldine Khawly in 1993. He was still in college in his sophomore year when he married Geraldine. They have a daughter, Eden (b. 1994), and a son, Nico (b. 1995).

Rohan’s eldest son Nico Marley is a former American football linebacker. He used to play college football at Tulane University and was later signed by the Washington Redskins as an undrafted free agent. Rohan and Geraldine divorced in 1996. After the divorce, he got romantically involved with Lauryn Hill. Lauryn is an American singer, songwriter, rapper, record producer, and actress.

Marley and Hill separated in 2009. After that, he was briefly engaged to Isabeli Fontana, but the engagement ended in early 2013. He is currently married to Barbara Fialho. Barbara is a Brazilian model and singer. The couple tied the knot in 2019. On August 1, 2019, Fialho gave birth to their first child, Maria Cedella Marley.

Rohan Marley Net Worth and Career

Rohan Marley is an entrepreneur and a former football player. In his college days, he started playing football and was a linebacker for the University of Miami in the National Collegiate Athletic Association. He then played as a professional football in the Canadian Football League with the now-defunct Ottawa Rough Riders in 1995.

The former football player is currently the Chairman of Marley Coffee. He co-founded Marley Coffee in 2009, an organic coffee plantation and sustainable farming business in Jamaica’s Blue Mountains though the majority of coffee sourced through Marley Coffee is from Ethiopia. In 2011, Marley Coffee went public under the name Jammin Java Corp. He has also seen in the videos of a few songs like ‘To Zion’ and ‘Selah.’

The Jamaica-born is the Chief Passion Officer of Gisges, a mobile app that gives users, brands, and merchants the ability to surprise and delight people by sending them exciting messages combined with delicious treats discovered in bars, cafes, and restaurants. Additionally, he has starred in movies like ‘One Cup of Coffee’‘Motherland’ and ‘Africa Roadtrip.’

In January 2012, he advertised for House of Marley Electronics at the Consumer Electronics Show in Las Vegas, Nevada, which offers a range of eco-friendly headphones created in collaboration with the Marley Family. From his dynamic career, the now 49-year-old has amassed a massive fortune. According to the celebrity net worth, he has a net worth of $20 million.

Rohan Marley was born on May 19, 1972, as Rohan Anthony Marley. He was born in Kingston, Jamaica, to Bob Marley and Janet Hunt. His family moved from Jamaica to the US when he was twelve years old. He did not live with his mother until he was much older. He lived with his father and his stepmother, Rita. After his father died of cancer, he went to live with his mother.

The entrepreneur has seven siblings: two sisters, Sharon and Cedella, and five brothers, Ziggy, Stephen, Julian, Ky-Mani, and Damian. He attended the Miami Palmetto Senior High School. For further studies, he went to the University of Miami to study sociology. At university, he played as a linebacker for the football team Hurricanes and made a name for himself in football. That eventually led him to play professional football in the Canadian Football League.