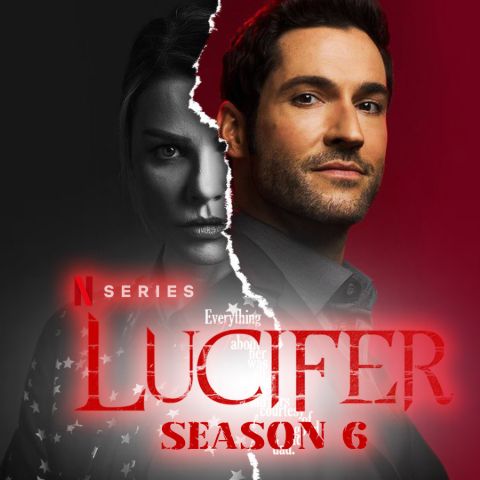 Season six of Lucifer made a big impression at the [email protected] virtual panel for the Netflix series. The series has thrived on Netflix after being canceled by Fox, but it will soon come to an end with its sixth season, which will be released very soon.

The event was attended by main star Tom Ellis, moderator Luke Cook, and EPs Ildy Modrovich and Joe Henderson, who announced that the show would return on September 10, 2021. The announcement was accompanied by a teaser trailer for the new season, which featured a familiar face.

The pilot’s officer will not be the only returning character in season six of the show. According to SyFy, a past favorite guest star will return this season, and we’ll also meet a character who has been teased for a long time but never seen in person. “We discovered one character we’ve talked about but haven’t seen yet this season,” Henderson revealed. If you’re concerned about spoilers, proceed with caution.

Also See: Christina Haack is Back on ‘Flip or Flop’ Without Ex Tarek El Moussa After Heated Disagreement

However, if you’ve seen the most recent episodes of Lucifer on Netflix, you’re already aware of the new status quo for season six. Is Lucifer now in possession of God’s power? We’re asking, and it appears that the series’ characters will be asking the same thing. Will the “Morning Star” ascend to Heaven’s throne and achieve a version of what he was expelled for attempting in the first place? Who knows what will happen.

The panel also teases that Lucifer will continue to solve mysteries like Columbo. “I think it’s in his DNA now. And he’s got quite a few mysteries to solve in Season 6, “This is what Ellis has to say about his character. Lucifer was originally a spin-off of Sandman and connected to the more fantastic supernatural side of the comics universe. It was adapted from the DC Comics book of the same name. These connections were dropped in the Fox adaptation, and the story remained solely focused on Lucifer and his meeting with Detective Chloe Decker, which drives the weekly format of the series.

Decker, played by Lauren German as well as Aimee Garcia’s Ella, will return with answers to her engagement problems. Amenadiel, Lucifer’s brother, played by D.B. Woodside, will also join the LAPD. On the other hand, Lucifer is the title character, and the team claims that there is still some meat on the bone with him. Henderson says, “There’s still a lot to explore once you become who you think you should be, but then you realize who you need to be.”