Skip to content
Home » Entertainment » Who is Jeremy Sisto Wife? Learn Everything About His Married Life

Who is Jeremy Sisto Wife? Learn Everything About His Married Life 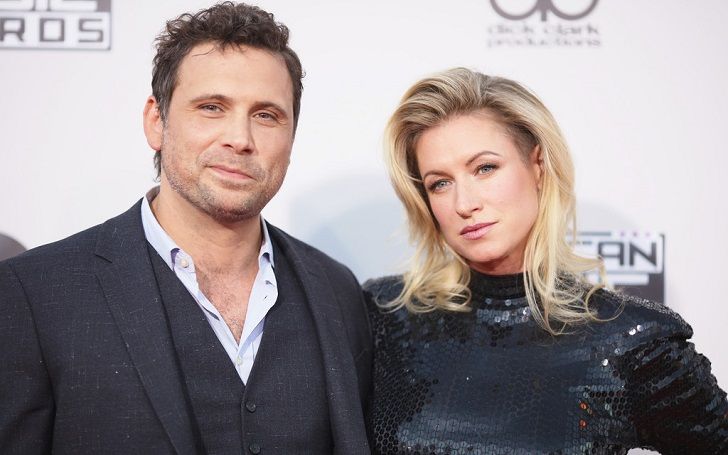 Jeremy Sisto is an actor, producer, and screenwriter from the United States who has worked in film, television, and theater. When Jeremy was a student, he had a serious interest in acting. He went on to work in his first film, ‘Grand Canyon,‘ in 1991, after performing for the local theater companies Cherry Street Theater and the Absolute Theater Company.

The artist has been in a relationship with many people, but has only been married twice in his entire life. He first got married at the age of eighteen. Now, let us learn more about his relationship and married life down below.

Jeremy Sisto is currently married to Addie Lane. They started dating in February 2007. On June 5, 2009, the couple welcomed their first child together; a daughter called Charlie-Ballerina Sisto. Four months later, on October 13, the pair married at New York City Hall. As witnesses, only their then-4-month-old daughter and her nanny were present.

On March 9, 2012, the couple welcomed their second child, Bastian Kick Sisto. They presently reside in Laurel Canyon, Los Angeles, where they purchased their property in November 2013 for $2.45 million. They later sold their house and are currently living in a different place.

Know about: Yandy Smith’s Net Worth, Salary and Earning As of 2021

The actor now is a committed supporter of Hollygrove, a children’s charity initiative dedicated to serving mistreated and neglected children, and The Art of Elysium, which encourages working actors to help various children’s causes as an active member of the community.

Jeremy Sisto married Marisa Ryan, an actress of the same age, in Las Vegas when he was 18 years old. They were married for only two days before they divorced. However, they were officially married until 2002, when they divorced before Jeremy had been in a relationship with Reese Witherspoon ( 1991 – 1992), a co-star in Desperate Choices: To Save My Child.