Skip to content
Home » Entertainment » How Much is Michelle Phan’s Net Worth Collection as of 2021? Have a Complete Look

How Much is Michelle Phan’s Net Worth Collection as of 2021? Have a Complete Look 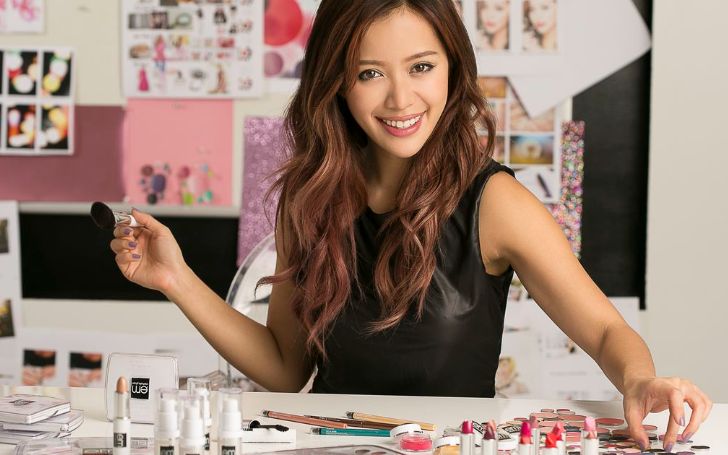 Michelle Phan is a renowned makeup artist, entrepreneur, and voice actress from the United States who rose to prominence as a Beauty YouTuber. She founded and owned the cosmetics line EM Cosmetics.

Michelle Phan is a $50 million net worth American YouTube star and makeup artist. In 2006, while working as a waitress, she began posting makeup tutorials on YouTube. Her makeup tutorials, titled “Romantic Valentine Look,” “Makeup for Glasses,” “Brighter Larger Looking Eyes,” and her most popular video, “Lady Gaga ‘Poker Face’ Tutorial,” were instant hits. Michelle’s fashion company, Ipsy, raised $100 million in October 2015. This resulted in an overall valuation of $500 million for the company.

In 2017, The Youtuber paid $4.715 million for a 3,422 square foot home in Los Angeles’ Brentwood neighborhood. According to property records, she paid cash for the three-bedroom house, which includes a library and a two-story living room, a guesthouse, and a swimming pool on a.54-acre lot.

Ultra Records sued Michelle in 2014, alleging that she had used dozens of their songs without permission in her YouTube videos. Ultra demanded $150,000 per song, for a total of approximately $7.5 million. A few months later, Phan filed a countersuit, and both lawsuits were dropped in August 2015 after Michelle and Ultra reached an out-of-court settlement.

Michelle Phan began a makeup tutorial blog in 2005 and began posting her video tutorials on Xanga before making her YouTube debut in May 2007. In 2009 and 2010, two of her “How To Get Lady Gaga’s Eyes” tutorials went viral after being featured on BuzzFeed, helping her reach 1 million subscribers. Phan was named Lancôme’s official video makeup artist in 2010 after using their products in her videos.

In 2011, she co-founded MyGlam, a beauty product subscription service that was later renamed Ipsy. Michelle, a YouTube advertising partner, launched FAWN, a multi-channel network, in 2012. L’Oreal gave Michelle Phan her makeup line, EM Cosmetics by Michelle Phan, in 2013. The brand failed because the prices were too high for her young fans, but she purchased L’Oreal’s stake in 2013 and relaunched EM Cosmetics in 2017; she left Ipsy to focus on the cosmetics line.

Michelle collaborated with Endemol Beyond USA to launch the ICON network online and on Roku in 2014. She also collaborated with Cutting Edge Group to launch Shift Music Group, a record label. Phan launched Thematic in 2018, a “collaborative platform where creators can license music from their favorite artists in exchange for promotion.”