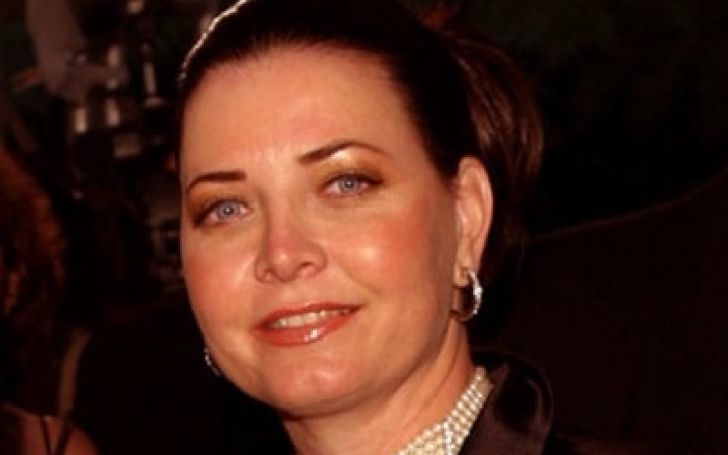 When you date or marry someone is the showbiz industry, there is a high chance that you become a celebrity yourself. Randy Clohessy, certainly belongs to the same category as she rose to prominence as the wife of Italian-American singer Frankie Valli. The 86-year-old singer who contributed to rock and pop music since 1953 has created a huge legacy. His massive legacy is the reason why his third wife, Clohessy, rose to fame.

The personal life of veteran singer, Frankie Valli is full of drama, especially when it comes to marriages. While he was the first love and first husband for Randy Clohessy, it wasn’t the same for the 86-year-old singer. Surprisingly, the wedding was his third, following two divorces.

As Valli broke his second marriage with MaryAnn Hannagan in 1982, he was single. It was then when he came across Clohessy, and they shared a special connection at an instant. Eventually, the two started dating very often before they made the big decision to get married in 1984.

After a lavishing wedding ceremony at Orange, New Jersey, Randy, and Valli decided to embark upon a family together. Consequently, they gave birth to three children, all sons. While Frankie used to be busy with his music most of the time, it was his wife who managed all the chores and raised their children. Just when everything looked perfect, their relationship saw the formation of cracks as they parted ways in 2004,

After two decades of marriage, the news of Frankie Valli parting ways with the third wife, Randy Clohessy, came as a surprise to many. As they filed the divorce agreement in 2004, several issues regarding the property distribution came up.

The primary issue propped up on the ownership of a life insurance policy that the couple purchased in 2003. The appeal to the Supreme Court of California went through numerous hearings on the matter. Eventually, after a decade, they came up with a decision on May 15, 2014. The court unanimously affirmed the trial court’s ruling on how the policy was community property, not Randy Clohessy’s private property.

Recommended: Know the net worth and career of Jill Wagner’s husband David Lemanowicz.

Following the divorce, Clohessy went on to live a lowkey life just like she used to live before meeting Valli. Despite a break-up with ‘irreconcilable differences,’ she is in good terms with her ex-husband and children.

Well, yes, the third wife of Frankie Valli created a scene while they were together, which got public attention. While the singer’s life was already full of drama and controversy, another one added to the list when Randy Clohessy assaulted a restaurant owner, while they were out dining.

The event occurred way back when the two were together in 1998. Clohessy and her husband, Frankie Valli, went to have dinner at the Secret Garden restaurant in Moorpark, California. Surprisingly, the menu price and service seemed unreasonable for the celebrity couple that got them furious. As one thing led to another, the owner, Sandra Sofsky, came into the picture and triggered the diva. Thus, that was when Clohessy became furious and slapped the owner.

The former love birds then fled the scene of the crime. Initially, Valli defended his beau, Randy, by stating how it was Sandra who provoked everything. However, with a thorough investigation, it was his wife, who was found guilty. Luckily, she didn’t go to jail but was kept on probation. Furthermore, Randy did six months of community service to compensate for her filthy crime.