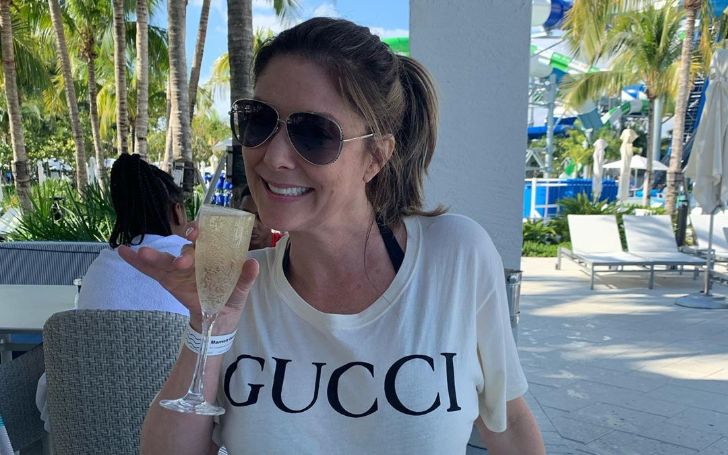 The sports enthusiasts must be well-known to the fact on how good of a player Patrick Mahomes is in the NFL. As the third African-American quarterback to win the Super Bowl MVP, there is nothing that the 24-year-old can yet accomplish at such a young age. While his dedication and talent is one thing, he gives much of the credit to his beloved mother, Randi Martin. So, let’s get into the detail of the mother of the footballer and her net worth status.

The Kansas City Chiefs star’s professional life kicked off with a bang. Looking at the records, Patrick Mahomes was drafted by Chiefs in 2017 in the first round itself. Later, he went on to bag several accolades by leading them to a two-time Pro Bowl, and the historic Super Bowl win. While his professional career was very successful, his personal life wasn’t enjoyable. The talented sportsman didn’t share the best of the childhood because his mother Randi Martin and father Pat Mahomes Sr. parted ways with a divorce agreement.

Randi Martin and her husband Pat Sr used to be longtime lovers and formed a perfect couple. Furthermore, they tied the knot in the early 1990s. Shortly after they exchanged their vows, Randi became pregnant with Patrick and gave birth to him on September 17, 1995. Just when everything looked perfect, things took a drastic turn as she started having conflicts with her beau.

Unfortunately, Mahomes experienced the saddest thing for a 11-year-old as his parents broke up. They parted ways in 2006, but despite that, Randi is on good terms with both her son and ex-husband.

Well, the footballer Patrick Mahomes II wasn’t the only child of his mother, Randy Martin. Interestingly, she gave birth to the other two kids, named Jackson Mahomes and Mila Randall. While Patrick might be the most popular one among all three due to his impressive performances in American football, her other son isn’t any less of a sportsman.

Randi’s second son, Jackson Mahomes, is a famous Instagram personality. She gave birth to him on May 15, 2000. Furthermore, the 20-year-old also plays basketball. Looking at the records, he played against the likes of Nacogdoches and Lindale.

Similarly, she has a daughter, Mila, from her other relationship, possibly after her ex-husband’s divorce. Randi’s daughter often features in her mother’s Instagram posts. She currently studies in school and has a great relationship with her step-brothers.

How Much is Randi Martin’s Net Worth?

When it comes to what Randi Martin does for a living, she has kept it private. Considering her son, Patrick Mahomes, who is consistently breaking records in the NFL, she never had to worry about her finances. The diva plays a significant role in her son’s accomplishments as she told him to follow in Tom Brady‘s footsteps.

The celebrity mother owns an estimated net worth of $1 million as of 2020. Surprisingly, the big contribution of her bank balance comes from her son and ex-husband’s spousal support. Meanwhile, her son amasses a colossal net worth of $10 million. Furthermore, he earns around $550,000 per year in terms of salary.

You May Also Like: Mahesh Jadu: Net Worth and Married Life.