Priyanka Chopra Gets Trolled Her Comment in Oprah Winfrey Interview 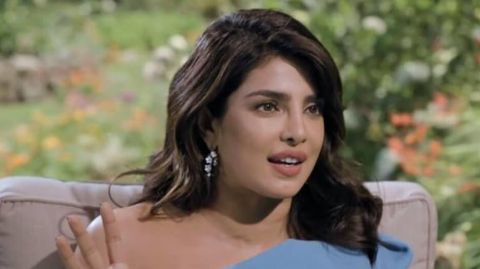 Nick Jonas’s wife, Priyanka Chopra, gets heavily trolled for her ‘My dad used to sing in mosque’ comment in Oprah Winfrey interview.

After the worldwide attention-grabbing interview of Prince Harry and Meghan Markle, Oprah Winfrey’s show is making headlines yet again from another Hollywood star. This time, it happens to be none other than Priyanka Chopra Jonas.

The White Tiger actress sat down for an interview with Oprah Winfrey. She talked about many things from spirituality to religion, among which she got trolled heavily for one of her remarks. While discussing her Hindu upbringing, Chopra stated how her father used to sing on a Muslim mosque which confused many social media.

The comment made by the actress was heavily ridiculed as many social users pointed out that traditionally singing isn’t “allowed in mosques” to begin with. Some of the Twitter users replied to her remark with, “The singing is done at Sufi shrines called dargah! International level ka ignorance hai inka.” [Translates to “International level of ignorance she has.”]

While another user said, “Someone tell Priyanka Chopra that mosque and dargah are two very different things! No one sings in a mosque. We only pray there.”

You may also like: The Lady Who Accused Armie Hammer of Rape Reportedly Denied The Claims Months Before Going Public

“Ya dad did whaattt now?? [Priyanka Chopra] … being a non-Muslim he went to sing in the mosque (note it’s not singing it is the call to prayer or reciting),” one user writes.