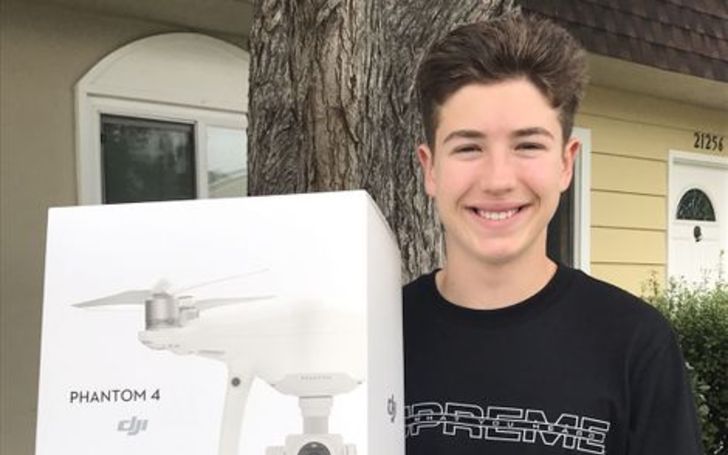 Garrett Ryan is a young American actor who came to prominence as one of the rising child actors in mid-2000. Some of his notable on-screen works are Trust, Insidious: Chapter 2, Judy Moody and the Not Bummer Summer, and Oculus. If you want to know what the young star is doing right now along with his net worth scroll down!

Is The Handsome Actor Garrett Ryan in a Relationship With Anyone?

Actor Garrett Ryan does not appear to be in a relationship with anyone and is single right now. There are also no rumors of him dating in the past as well.

The RCVR star is quite active on social media, but he has never introduced anyone as his girlfriend. He does have some female friends with whom he is close but no particularly special till now.

You May Like To Read: Is The British Actress Poppy Drayton in a Relationship Status?

Garrett is a good looking young man, and there is no doubt many girls who would fall head over heels. But right now, it looks like he chose to remain single. Guess he is waiting for the right person, good luck!

These days, The Millers star spends his time with his friends and family, usually going to travel to various places. He also likes to spend time playing baseball, tennis, swimming, basketball, and golf.

Among the may acting credits, his most notable performance has been when he played the character of young Josh in the hit movie Insidious: Chapter 2 (2013). The supernatural horror film starred Pattrick Wilson, Rose Byrne, Lin Shaye, Ty Simpkins, and Barbara Hershey.

The 1.75 meters tall star’s other famous work is in sci-fi series RCVR. In the show, he portrayed one of the starring characters as Tommy and worked with Daniel Bonjour, Lexi DiBenedetto, Jacob Hopkins, and Catherine Kresge.

Garrett Ryan was born on August 14, 1999, in New Port Beach, California, United States. The actor was only seven years when he made his acting debut in Cold Case in 2006.

The 20-year-old played Young Tim, the older version played by Australian actor Brenton Thwaites in the 2013 horror movie Oculus. He is an avid fan of Harry Potter and has read all of its books.

If you want to read more similar articles, be sure to visit Featured Biography!