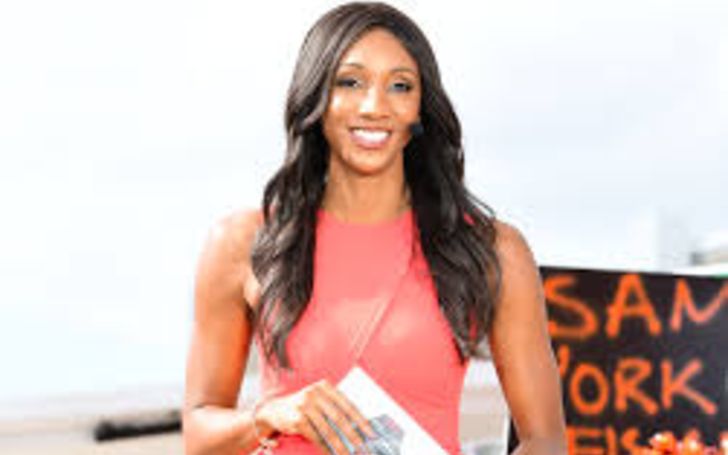 Maria Taylor is a successful sports anchor and an analyst whom you might’ve seen as an analyst for ESPN and the SEC Network. She can be seen actively covering college football, college volleyball, and college men and women basketball. She joined the ESPN as a college analyst and reporter in 2014 and has been working for the channel ever since. If you’re familiar with her on-screen, then you might be interested to know her net worth, career and relationship details, which are down below.

We’re all well aware of the hardships and talent that one needs to sustain a career in the journalism field. Just like Maria Taylor remains to be one of those media person who’s steadily made her place to remain stagnant in the industry.

Talking about the American journalist’s smashing net worth collection, she stands proud at an income of $69,000 as an annual salary working for the ESPN network. The salary amount might differ in range depending on various factors like tax, compensations, and other additional skills. As for her collected net worth, it is $2 million as of 2020.

Working so far in the industry, she surely is on her way to becoming one of the successful women journalists of the channel. Currently, she enjoys her earnings spending it on her well-deserved luxuries.

Maria Taylor, at the beginning of her career, was a reporter and host for IMG College at the University of Georgia for about three years, appearing on studio shows like Dawg Report, Sports Nite, SEC Men’s Basketball Tonight and many more.

Recommended: All About Stand Up Comedian Mike Armstrong

Maria later joined the SEC Network in 2014, as a college football reporter on SEC Network along with exceptional co-anchors Brent Musburger, and Jesse Palmer. In 2017, again she worked for the ESPN College GameDay as a reporter and a host for the College Football Playoff. As of now, she’s hosting NBA Countdown, for the ESPN’s Friday night and Sunday afternoon NBA games.

As for her personal life, she is happily married to the love of her life Rodney Blackstock. The lovely pair met way back in 2014 at a Charlotte Hornets game and instantly felt the connection with each other.

After three long years of dating, Blackstock proposed with a beautiful halo floral-inspired ring and Maria said yes immediately. The pair had a beach wedding on 5th May 2019 with the company of friends, family, and their loved ones.

That’s all for today, follow featured biography for more reads!