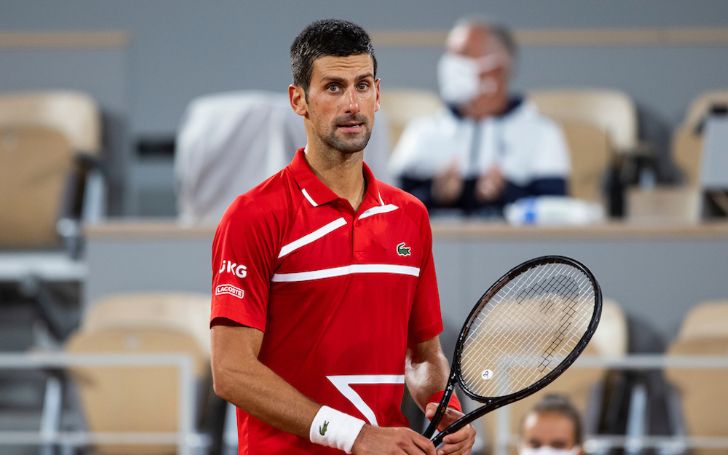 Novak Djokovic is a famous athlete in the tennis world. He is a Serbian professional tennis player who is currently the best one available. Indeed, he is ranked world No. 1 in men’s singles tennis by the Association of Tennis Professionals (ATP). Born on May 22, 1987, in Belgrade, SR Serbia, Yugoslavia, to his parents, he grew up with his two younger brothers, Djordje and Marko, as his success made many curious to learn about his personal and professional lifestyle. Thus, today we brought everything you would like to know about him here, so keep reading.

Novak Djokovic’s Net Worth and Endorsements

Novak Djokovic, 33, has accumulated a hefty net worth of $220 million, as per Essentially sports. Thanks to his fruitful career records, he made quite a fortune as the best tennis player alive.

The Serbian tennis player Djokovic’s career earnings are estimated to be around $144 million, as of 2020. Besides being the best in the world, he’s also the first tennis athlete to win $100 million in prize money; no wonder how he became a multi-millionaire.

Talking about the endorsement, Djokovic is sponsored by apparel brand Lacoste since 2017. Sources claim he struck a five-year deal with Lacoste paying a premium to former sponsors, Uniqlo. Further, he’s also sponsored by ASICS as we can frequently see him wearing their company shoes.

The 6 ft 2 in Djokovic is the ambassador of Ultimate Software. Therefore, we can clearly see how he made his way to become one of the wealthiest athletes.

Djokovic is a Philanthropist and Owns the Novak Djokovic Foundation

As Novak Djokovic’s career began to taste success not only professionally but financially, too, he started giving back to the community. In order to help society with his greens, the Siberian athlete founded a foundation named after him Novak Djokovic Foundation in 2007.

Through his non-profit organization, Djokovic helps children from disadvantaged communities to grow up and develop in stimulating and safe environments. Gradually, when Djokovic began to make a difference, the World Bank also supported him. How?

Well, they teamed up in 2015 to fulfill the Djokovic mission. Until today, Djokovic’s foundation has built 43 schools and supported almost 20,800 children and a thousand families.

It’s no secret to the world Novak Djokovic is happily married. He tied the knot with his high school mate Jelena Djokovic, formerly Ristic, as noted by The Sun.

The lovebirds Novak and Jelena first encountered during their high school days. They began to date back in 2005. Indeed, they are in a romantic relationship for more than a decade.

Click To Know: All To Know About Venezuelan Model, Actress, and Entrepreneur Sharon Fonseca.

After watering their relationship for eight years, they decided to marry. Therefore, in September 2013, they shared their engagement rings. Following that, in July 2014, the longtime couple tied the knot in front of their close ones.

Regarding of Djokovics’s children, Novak and Jelena are blessed with two kids. They gave birth to their first child, a son, Stefan, in October 2014. Subsequently, they welcomed their second child, a daughter, Tara, in September 2017.

What diet does Novak Djokovic?

Who has beaten Novak Djokovic the most?

Rafael Nadal has beaten Novak Djokovic the most, as matter of fact, he recently lost his match with Nadal in 2020.

What is Novak Djokovic worth?

Novak Djokovic accumulated a msiive net worth of $220 million.