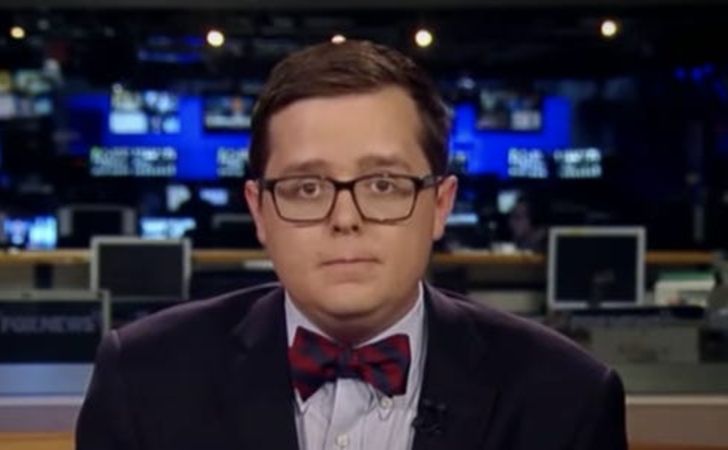 When you are close to someone like American President Donald Trump, fame obviously follows you as well. The case is exactly the same with Republican political consultant Harlan Hill, who earns a reputation as the ally of the president of the United States. His introduction would be incomplete without mentioning that he is a published book author, ‘They’re Not Listening.’ Besides, he even does political commentary at several television appearances like Fox News, Fox Business, MSNBC, and Sky News. So, today we take you close to the net worth, personal life, and the career of Harlan Hill.

Harlan Hill’s expertise is widespread, be it in American politics or in the corporate sector as a businessman. Currently, he serves as the President at The Logan Circle Group, a Washington, DC-based firm that specializes on public affairs and communication firm. Thanks to his strong work ethic, Hill gathers a staggering net worth of $1 million as of 2020.

With the status of a millionaire, Harlan Hill gathers a lavish lifestyle around all sorts of modern-day amenities. He can afford the best types of cars and mansion-like houses. Despite his affordability, details regarding his expenditures and properties are quite a secret. You would be quite surprised to know that he was even invited to join the Advisory Board of the Trump-Pence 2020 re-election campaign during the inauguration of Donald J. Trump in 2017.

Over the years, Harlan Hill shared his political expertise to more than 120 political campaigns in addition to Fortune 500. Recently, his media presence got very unwelcome especially for Fox News as he tweeted some harsh words directed to the Democratic vice presidential candidate, Kamala Harris. To be precise, his exact words at the diva was that she ‘comes off as an insufferable lying bitch.’ The reputed media house took the action straight away by giving a statement, ‘we have no intention of booking him as a guest on any of our platforms.’

Taking you close to the professional life of Harlan Hill, he initially started his political career as a Democratic consultant. In fact, he was an integral partner at Indigo Strategies, where he looked after all the digital practice for the company. Over the years, he worked in several United States federal campaigns and the 2014 European elections. Surprisingly, his first-ever political work came at the age of 15 in the UK Parliament.

Getting more into Hill’s career portfolio, he was a contributor at The Hill from September 2016 to December 2018. Moreover, he is currently the advisory board member for Donald J. Trump and a contributor at The Daily Caller. While people might have conflicting thoughts over his opinions, Harlan definitely has a wide fan-following over the world.

Recommended: Who is Cy Kass? Know about his net worth and personal life.

Talking about the personal life of Harlan Hill, he prefers keeping an absolute low profile. Even though he remains active on Instagram, there is no clue on whether the President’s advisor is single, married, or dating a girlfriend. According to his Instagram handle, he remains fond of dogs and pets. Likewise, for education, he went to the Porter-Gaud School.