Nikki Bella is a former professional wrestler, model, and actress from the United States. Her most well-known appearances have been on WWE's Smackdown brand. Nikki, one half of the famous duo 'The Bella Twins,' made her wrestling debut after signing with WWE in June 2007. 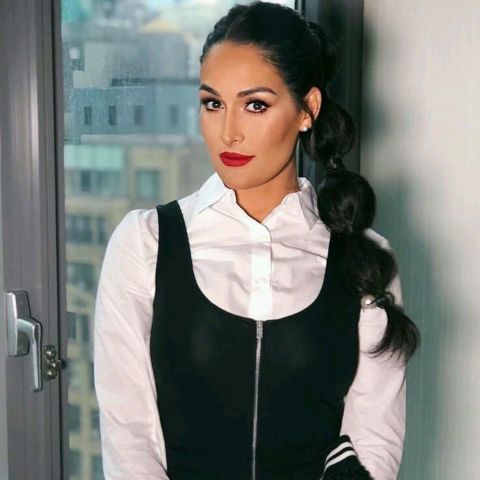 Nikki Bella is a wealthy American wrestler with an estimated net worth of $8 million. Over the years, the twins Nikki and Brie Bella have launched many businesses, including a wine label called Belle Radici, a clothing line called Birdiebee, and a body and beauty line named Nicole + Brizee.

The wrestler is a fully licensed real estate agent in addition to being a WWE legend and entertainment figure. Bella was reported to be selling her Arizona home for just under $2 million in August 2020. They had only purchased the house three months before, leading observers to believe that it was never meant to be a permanent residence for Nikki and her then-fiancee, Artem Chigvintsev. She is asking $1.995 million for the 10,000-square-foot home. There are five bedrooms and three fireplaces in the house.

Nikki Bella began looking for modeling and acting opportunities. She eventually appeared in a Fox TV show called ‘Meet My Folks.’ She was noticed by agents and started receiving offers to appear in commercials due to her impressive physique and was eventually seen in a ‘Budweiser‘ commercial with her sister.

The 37-years-old and her twin sister were signed to a development contract by WWE in June 2007, and they made their in-ring debut on September 15, 2007, in ‘Florida Championship Wrestling.’ The sisters began with a win and quickly became fan favorites due to their amusing antics; they would frequently hide behind the referee and switch places, taking full advantage of their identical appearances.

The ‘Bella Twins’ made an appearance at the 25th Anniversary of Raw on January 22, 2018. The following year, it was revealed that a cyst on her brain had been discovered, effectively ending her ring career. The same year, Nikki and Brie debuted their beauty line, ‘Nicole + Brizee.’

Aside from wrestling, the twins have appeared in several films and television shows. They made a cameo appearance in MTV’s “Ridiculousness” in 2012. The duo started a YouTube channel together in 2016. In 2017, Nikki appeared on “Dancing with the Stars.” In 2019, the twins also launched their podcast and appeared in many WWE video games.

Nikki Bella married her high school sweetheart at the age of 20, but the marriage only lasted three years before being annulled. Bella began dating fellow professional wrestler John Cena in 2012. Five years later, the couple got engaged. Cena proposed to her after they competed in a tag-team match together at WrestleMania 33. Then, in 2018, Bella and Cena abruptly called off their engagement and canceled their wedding.

The real estate agent began dating her dancing partner, Artem Chigvintsev, after appearing on “Dancing with the Stars.” The couple started dating in 2019, and they announced their engagement in 2020. Nikki told about her pregnancy with her first child later that year. She and Artem are expecting their first child named Matteo Artemovich Chigvintsev, in the summer of 2020. She Plans to marry Artem Chigvintsev in Fall 2021.

Stephanie Nicole Garcia-Colace was born in San Diego, California, on November 21, 1983. Sixteen minutes older than her twin sister, Nikki was raised on a farm in a suburb just outside of Scottsdale, Arizona. Nikki and her twin were avid soccer players from a young age. She was initially set on a career as a professional soccer player until she suffered a career-ending leg injury.

The actress returned to San Diego after graduating from high school to attend Grossmont College. She only stayed for about a year before moving to Los Angeles in the hopes of finding work in the entertainment industry. In the beginning, Nikki worked as a waitress while looking for an agent. She found it relatively easy to find modeling, acting, and promotional work once she found a representation.