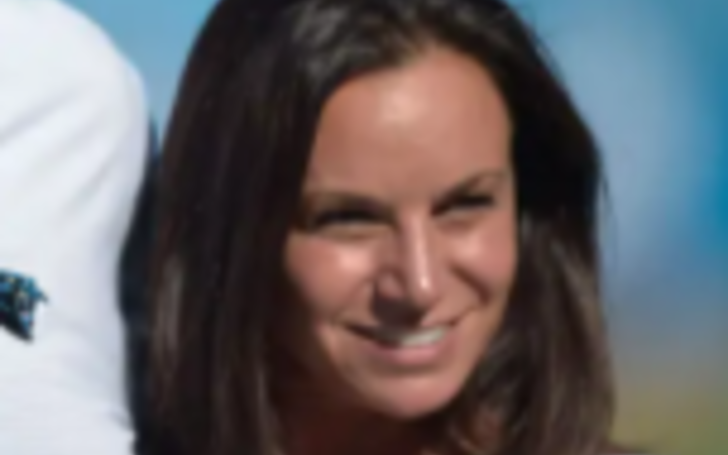 Nicole Bronish is the wife of a wealthy businessman, Carolina Panthers owner David Tepper. Her husband worked for Goldman Sachs prior to begining his hedge fund, Appaloosa Management, which is worth billions.

Nicole Bronish married David Tepper, a New Jersey resident in 2019. The blonde beauty and her partner turned the romantic affair into the next level after dating for two years. Very less is known about Nicole and David as they generally keep their personal life low key.

Before Nicole, David was married to Marlene Resnick in 1986. They remained husband and wife for two decades until they called it quits in 2014. The billionaire businessman shares three children with ex-wife Resnick.

Their first child, Brain was born on 18 July 1987. He is a graduate of Full Sail-World Education 2009. Similarly, their second child, a daughter named Randi Tepper was born on 9 May 1989. Randi graduated from Relay Graduate School. In the same vein, David’s third child, daughter Casey, a graphic designer, arrived on April 14, 1992.

Nicole Bronish’s Husband is a Billionaire

David Tepper spends a record $325 million and aims to bring more sporting events to the Carolinas with his record-breaking purchase of an MLS franchise team. He bought the Carolina Panthers in 2018 from its founder and original owner Jerry Richardson, for $2.275 billion. Most notably, it was the highest bid in NFL history at that time.

Tepper made his way to the economical services and investment group Goldman Sachs. He soon became the firm’s top trader who led the company through several tough times in the 1980s. David later quit the firm after being passed over for partner promotions twice in two years.

Bronish’s spouse started trading his personal funds rapidly in hopes of raising huge chunks to started his own company. That dream succeed in 1993 when he established Appaloosa Management. The firm subsequently made significant investment gains year after year.

Today, Tepper is named one of the top hedge fund managers. In addition to that, his massive success led to his own hefty bank account. He’s listed as the wealthiest NFL owner with a net worth of $13 billion, the 41st richest person in the whole United States according to Forbes. As of 2021, Tepper falls under the list of the third richest sports team owners with a fortune of $11.6 billion.

Other than that, Tepper is an extremely charitable and giving philanthropist who always contributed Carolina Community. NJ.com reported, David donated $567,000 over three years to the South Carolina University. The money provides four scholarships to four incoming recipients.

Keep coming back to Featuredbiography.com for more interesting contents