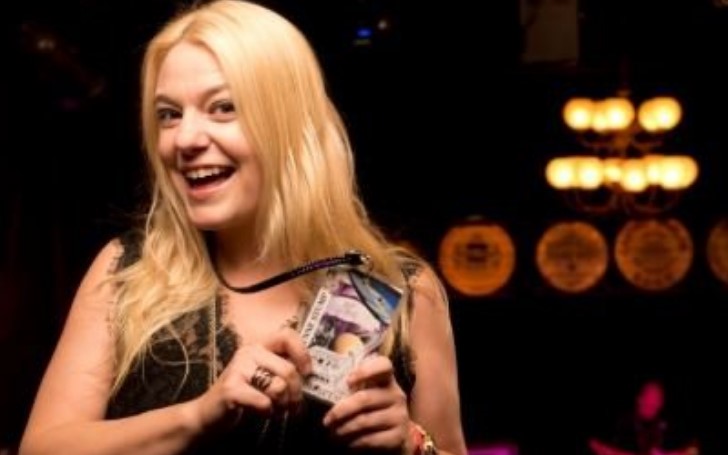 Rynne Stump is the celebrity partner as well as the organizer of the Stumpfest music festival. She rose to fame because of her association with a drummer of the rock band Tool. Her husband Danny Carey has been a part of albums for bands like Green Jello, Skinny Puppy, Lusk, Zaum, and many. For now, let’s take a look at their married life, net worth, lifestyle below.

It is not still sure, whether Rynne Stump is married to Danny Carey or not. But looking at their chemistry, the lovebirds have been in a relationship for years. She welcomed a son Zola Carey in June 2015.

The couple attended the 62nd Annual Grammy Awards at Staples Center on January 26, 2020. As of 2021, Rynne and Danny are enjoying a lavish lifestyle with their son Zola Carey in California.

Before Rynne, Danny was married to a lady named Sabine Carey. He and Sabine walked down the aisle in a private ceremony on March 23, 1997. The Tool star doesn’t have any children with ex-partner Sabine,

Rynne Stump has summoned a colossal amount of wealth. She collected massive wealth from her long professional career as a Brand organizer. As of 2021, Rynne’s fortune is $500,000. On the contrary, her spouse Danny Carey possesses a net worth of $50 million. As a matter of fact, he receives a salary of $35,000 to $45,000.

Walking into a lifestyle, Danny and Rynne bought a mansion in November 2016 from the very famous popular American Emilio Estevez. The price of a Malibu, California house was valued at $6.35 million. Being a band member of Tool, he earns a hefty amount from tours.

Rynne Stump was born on January 4, 1960, in the suburbs of Poland. Known for blonde hair and brown eyes, she stands at a height of 5 feet 6 inches. This beautiful Polish lady is the daughter of a musician. As per our research, she along with her sister Sara Stump raised by her mother.

Stump studied at a local high school in Poland. With a passion in music, Rynne started to work as an organizer for Stumpfest since the year 2011. She had been the organizer for an annual music festival held in Poland.