Nasim Pedrad is an Iranian American multi-talented personality who has won the hearts of many with her skills and unique looks. Here are the details about her relationship status, net worth, and early life. 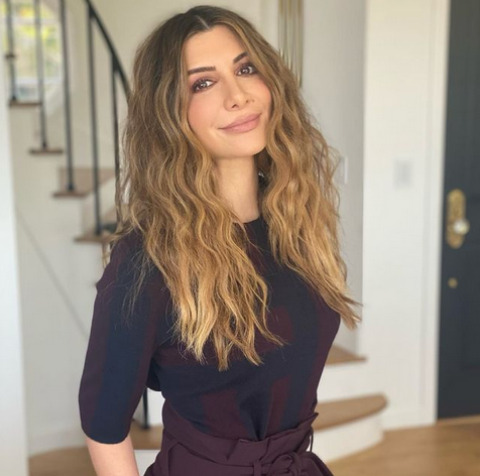 Nasim Pedrad has been a celebrity for more than a decade, but she has kept her personal life away from the limelight so far. Thus, there is no information about her dating history. There have been no accounts of her past relationships.

Nasim is not married, and neither seems to be romantically involved with anyone as of now. She has not been linked with anyone so far. From looking at her social media profile, she seems to be enjoying her single life.

Nasim Pedrad Net Worth and Career

Nasim Pedrad is an actress, writer, comedian, voice actor, and emcee. She started her career in 2005 and has since seen her journey go uphill. Pedrad is best known for Mulaney, Scream Queens, People of Earth, New Girl, and a cast member in five seasons of Saturday Night Live. A breakthrough came in her career with her being cast in Saturday Night Live.

The actress made her first TV appearance as a waiter on Gilmore Girls in 2006. She then went on to star in much other Television series, including The Winner, ER, Allen Gregory, Scream Queens, Big Mouth, Brooklyn Nine-Nine, No Activity, and Chad, to name a few. Pedrad was also the creator, writer, director, and executive producer for the series Chad which was inspired by her own experience growing up in America as a child of Iranian immigrants.

The comedian has worked in the films: The 73 Virgins, A Thousand Words, Cooties, Corporate Animals, Aladdin, The Dictator, and Desperados. The now 39-year-old also appeared in a commercial for Old Navy. She also used to perform at The Groundlings. The writer also performed her one-woman show Me, Myself & Iran at the ImprovOlympic and the Upright Citizens Brigade Theatre. Her show got selected for the 2007 HBO Comedy Festival in Las Vegas.

As the lead role in the comedic spoof After School Special, Nasim received an LA Weekly Best Comedic Performance of the Year Award. She also worked as the emcee of Glamour’s 2019 Women of the Year Summit. Before her acting career, she worked as a Dora the Explorer impersonator at children’s parties. As for her total fortune, according to celebrity net worth, the actress has a net worth of $3 million.

Nasim Pedrad was born on November 18, 1981, in Tehran, Iran. She was born in a Muslim family to Parviz Pedrad and Arasteh Amani. The comedian’s sister, Nina Pedrad, is a comedy writer. Both the sisters are fluent in Farsi.

The New Girl star’s father used to live in the United States when Nasim was born. Later, she, along with her mother and sister, reunited with her father when she was three, which was the first time she had met her father. After arriving in the states, her family settled in Irvine, California. There, she spent most of her early years in Orange County.

The Mulaney star graduated from University High School. She then attended the University of California, Los Angeles (UCLA) and graduated from its School of Theatre, Film, and Television in 2003. She was also a member of the UCLA Spring Sing Company. From a young age, the now 39-year-old was interested in doing comedy. She eventually decided to make her passion into her career.